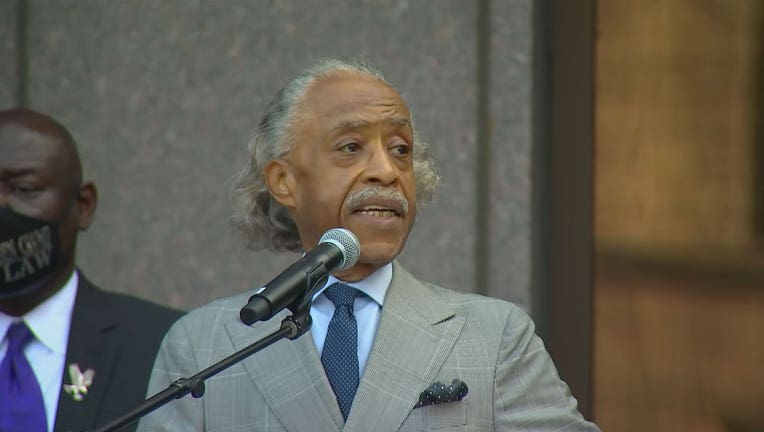 Rev. Al Sharpton keynotes a one-year anniversary rally and march in the name of George Floyd in Minneapolis Sunday.

The Floyd family, activists and keynote speaker Rev. Al Sharpton all agreed that there is still more work to be done.

A University of St. Thomas student was killed hours before graduation when two gunmen opened fired in downtown Minneapolis.

"Sometimes it takes the death of some to lead the change," said Sharpton. "Well, I’m telling you all over this country, policing is going to change because all we could think about is the knee on the neck of George Floyd for 9 minutes, 26 seconds."

Sharpton addressed the crowd of about 200 just ahead of the one-year anniversary of Floyd’s death.

"When you went down on his neck, you broke the neck of police misconduct because we are going to stay in the streets," Sharpton said.

With the Governor, mayors and U.S. Senators in the front row, activists pushed for police reform legislation, calling them out on what they perceive as a lack of action.

"If Black Lives Matter, then prove it," said Nekima Levy-Armstrong. "We don’t want elected officials standing on stages at Black funerals when they know damn well legislation has passed by their desk and they know they haven’t done a damn thing to change the status quo."

After the rally, the calls for reform took the streets of downtown Minneapolis. Floyd’s sister, Bridget Floyd, led the way, vowing to see change through.