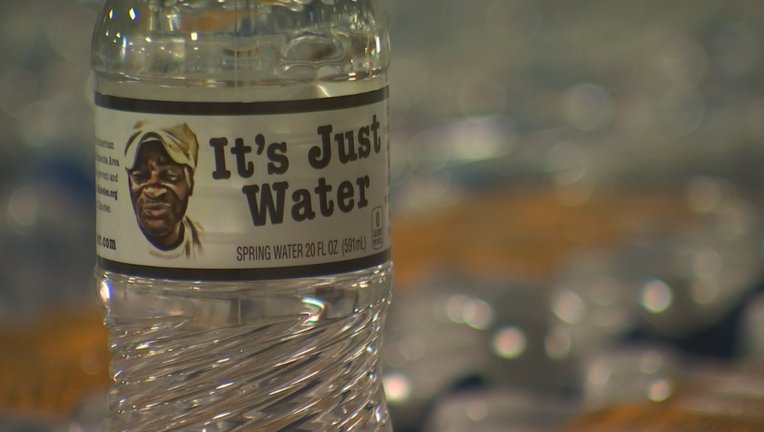 MINNEAPOLIS (FOX 9) - After complications from diabetes caused him to lose his sight, a Minneapolis man has set out to warn others not to make the mistake he made – and has started a company to help with that mission.

If you’ve been in a Cub Foods or Kowalski’s store lately, you may have seen the face of that man, Chuck Thomas, on a bottle of water on the shelves. His company is named simply “It’s Just Water” and he hopes his story will change your life.

After complications from diabetes caused him to lose his sight, a Minneapolis man has set out to warn others not to make the mistake he made – and has started a company to help with that mission.&nbsp;

These days, he may need a little help getting around, but don’t for a minute look at Chuck Thomas as weak. In fact, Chuck is kind of pushy when it comes to his message of tossing out unhealthy sugary drinks and replacing them with water.

Chuck was diagnosed with diabetes in 2008 and used insulin, but he loved soda and continued to drink a lot of it. That is, until his world went dark and his kidneys gave out.

He says, "I was walking around in a coma, like, what am I supposed to do now? I was just able to see the world, now I can’t see nothing."

But out of the dark came a pretty bright idea. With the help of others, "It’s Just Water" became a business with a very strong but simple message: Sugary drinks cause problems like diabetes and obesity.

"It dehydrates your body and also causes complications with your body," Thomas explains, adding that water makes things work better. "You have to educate your family members, your loved ones to let them know, hey, this is serious."

Chuck’s spring water is bottled in Wisconsin and labeled in Minneapolis. It’s sold now in various grocery stores and markets throughout Minnesota.

"Well, me and my associate, you know, we wheeled and dealed our way into promoting our water," he says. "And they looked at it like something very interesting and that’s where were at right now."

The American Diabetes Association recommends that men drink thirteen cups of water per day and women drink nine, unless a doctor says otherwise. Chuck is determined to get people to do that whether you choose his face or another water source. If his message gets through, he believes it will change lives and possibly even save some lives.

If you’d like to order his water, or get in touch with Chuck, you can do that on his website, Its-Just-Water.com.