The MPCA effort is called "Smart Salting," which trains public works departments and property managers on ways to cut down salt use.  So far, she says, it’s been effective.

(FOX 9) - It says a lot about how much we’ve overused ice-melt containing salt when you hear about Brooke Asleson’s job with the Minnesota Pollution Control Agency.

"I am 100% of my time dedicated to addressing chloride pollution."

Asleson is the coordinator of the Chloride Reduction Program.  She says Minnesota is leading the nation in the effort to reduce the amount of salt used on roads and sidewalks and driveways, but in a state defined by water, there’s a good reason.

"We, unfortunately, have 54 lakes and streams and wetlands across Minnesota that have too much chloride in it, where it is a problem for our freshwater fish and our insects."

"Chloride is a permanent pollutant," she says. "And so once chloride bonds with water, there’s no way to remove it. It’s not going to break down over time. It’s just going to stay chloride forever and go wherever that water goes."

The MPCA effort is called "Smart Salting," which trains public works departments and property managers on ways to cut down salt use.  So far, she says, it’s been effective. 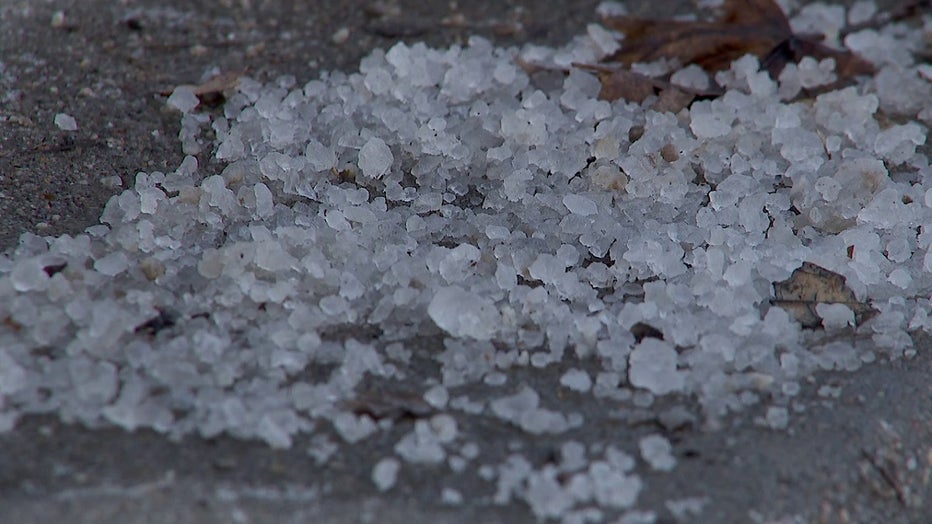 State, county, and city plows have calibrated spreaders to throw out far less salt.  Many have also switched to pre-treating roads with liquid brine, which contains only about 30 percent salt, but often works better.  It helps prevent the moisture from freezing as it falls.

"We have seen organizations reduce their salt use by 70 percent when they’ve switched to using liquids," said Asleson.

The same education applies to homeowners.  Their push is that less is often more.

Their advice: about 12 ounces of ice-melt, roughly a coffee cup, to treat a 20-foot driveway.  The same amount for about 10 sidewalk squares.  Anymore won’t necessarily work any better and presents a hazard to the environment.

And nothing is effective when the surface temperature is 15 degrees or less.

An important note:  pay attention to ingredients when buying ice-melt that says it’s environmentally friendly or safe for pets.  Asleson says there are no such things.

"There are no requirements for what can and cannot be put on a label for de-icing salts," she said.  "Any product that contains chloride is going to be damaging to our environment."

"Even if it’s labeled pet-safe and it has a picture of a beautiful dog on the cover, it still actually may not be safe for your pet."