Officer Arik Matson gives an update six months after he was shot while responding to an incident in Waseca, Minnesota. Video Courtesy: Arik Matson

OMAHA, Neb. (FOX 9) - Waseca Police Officer Arik Matson is sharing an update on his recovery progress six months after he was shot in the head while responding to a call in Waseca, Minnesota.

On January 6, Matson and other officers responded to a report of a suspicious person, according to the criminal complaint. When they found the man, he ran onto the roof of a garage and shot at the officers, hitting Matson in the head. Tyler Janovsky has been charged with three counts of attempted murder in connection to the incident. 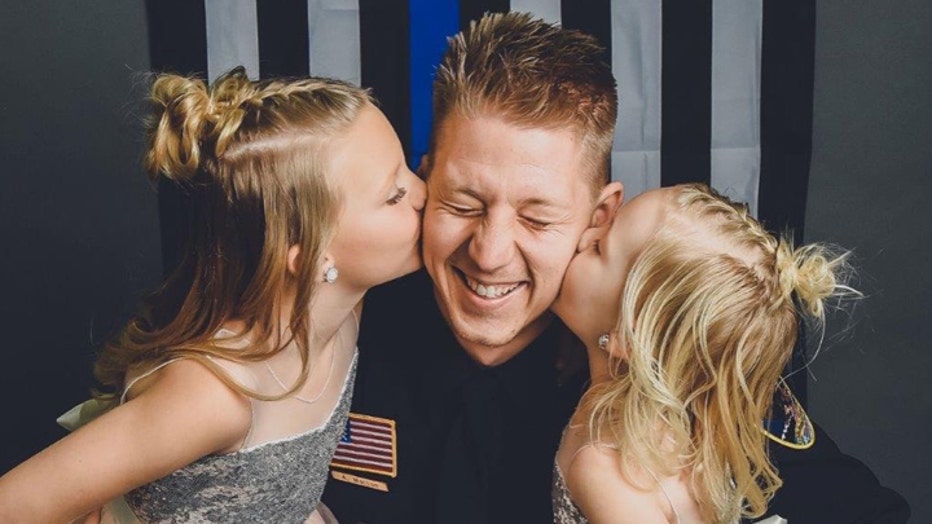 Since the shooting, Matson has had two surgeries and stayed at three different hospitals, according to his CaringBridge page. He is currently at a specialized rehabilitation facility in Omaha, Nebraska.

"In the last 6 months Arik has slowly but surely struggled and put up a fight to regain his daily capabilities back that we all take for granted," read a CaringBridge update from his wife Megan Matson. "His touch, taste, smell and hearing are all at different levels, some more intense then others use to be. He is able to walk on his own at times for short distances (never alone)."

From his room at the Omaha facility, Arik Matson shot a short video, describing how far he has come and his ultimate goal.

"There’s nothing I want more than to get home to my wife, my daughters and family and get back to living life I was living before," said Matson in a video update posted on Facebook.

On Facebook, Arik Matson shared his thanks for all the support from those who have been following his journey, including the Minnesota Vikings, which sent him a care package of team gear and a signed Adam Thielen football.

For now, he continues to work on regaining his physical capabilities. He may have another surgery in the coming months, according to his wife.