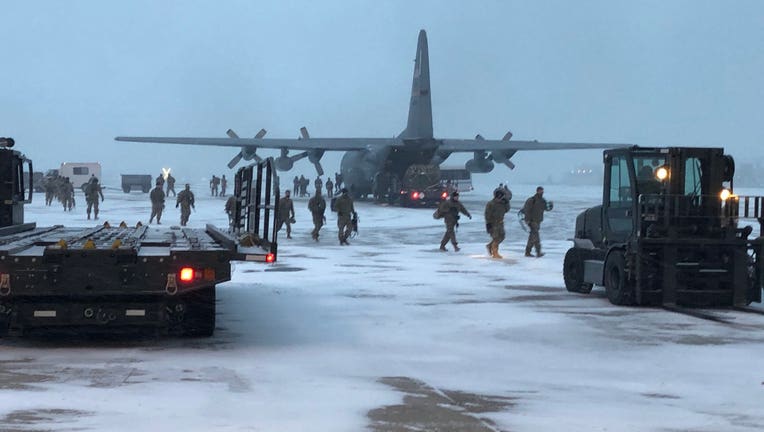 Minnesota National Guard troops return to a snowy Minnesota after their short-notice deployment to the Presidential Inauguration.

This year’s ceremony had a different feel to it with an intense security presence following the deadly Capitol riots earlier this month.

The Minnesota guardsmen and women are glad to be home, but were proud to have gone to D.C. to be a part of history.

"It will certainly be one of my most memorable missions, yes," said Lt. Col. Scott Wilcox, of the Minnesota Air National Guard.

Minnesota soldiers on the ground helped with crowd control and security, even preparing food. While there was some tension, there were also clear signs that their work was welcome.

"There were a lot of people in D.C. who appreciated our presence and they made it known," said Capt. Ian Carpenter of the Minnesota Army National Guard.

The soldiers said things were mostly calm last week and they are just happy to be home after finding themselves a part of history.

"This was a historic event no matter how you look at it and I think for us to go out and support something like that in our nation’s capitol, to be there during an inauguration, we’ll look back at it in the history books and it will be something to tell our kids one day, "said Capt. Carpenter.

All guard members had to take a COVID-19 test immediately upon landing. Some of them will head back to Camp Ripley and be allowed to head home after a negative COVID-19 test, so hopefully in the next 24 hours.

The second group of 200 airmen are expected around 1 a.m. as they hope the weather doesn’t delay them.