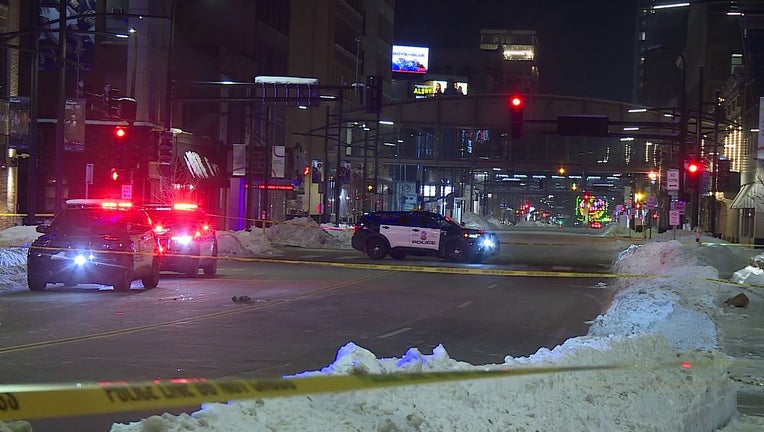 Officers responded shortly after 3:30 a.m. Sunday morning for the reports of shots fired on the 900 block of Hennepin Avenue.

At the scene, officers found two men who had been injured. Shortly after, two more people, a man and a woman, arrived at Hennepin County Medical Center with what police believe are graze wounds from the shooting.

All four victims are expected to survive their injuries, police say.

The investigation is ongoing, but officers say shots were fired outside an after-hours gathering at the location, with a security guard apparently returning fire.