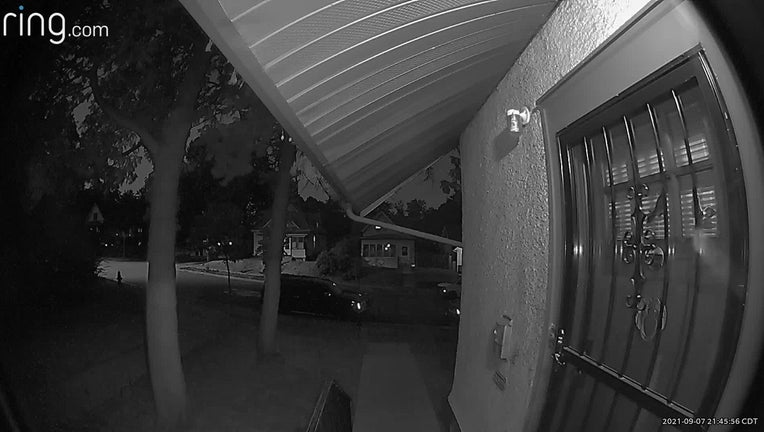 MINNEAPOLIS (FOX 9) - Friday night, Minneapolis saw a scene that is becoming all too familiar in the city. Dozens of shots fired in a neighborhood, leaving a child among the victims.

At 9:45 p.m. on Friday, a security camera caught the sounds of gunfire, dozens of shots, one after the other, on the 3300 block of Emerson Avenue North in Minneapolis' Folwell neighborhood. After the shots stop, it quickly becomes clear a child has been injured.

Friday night, Minneapolis saw a scene that is becoming all too familiar in the city. Dozens of shots fired in a neighborhood, leaving a child among the victims.

"All I hear is like, 'My grandbaby, my grandbaby' and I realize a kid got hit," said Melissa, who lives near the scene.

With paramedics four minutes out and the baby hanging on for life, officers applied a tourniquet and rushed the boy to the hospital themselves.

"With the amount of blood it was easy to see that this appeared to be a femoral artery strike," said Minneapolis police spokesman John Elder.

Despite the scary injury, police say the boy is expected to pull through.

"We have an epidemic right now of gun violence particularly in the African-American community, and that must stop," said Minneapolis Police Chief Medaria Arradondo.

In recent months, five young children have been hit or grazed by gunfire and two have died.

KG Wilson is Aniya's grandfather and a long-time peace activist. "We're going to continue to watch the children’s bodies just piled up in our community," he said.

"Whoever is watching this, your child may be next," added Wilson. "This is serious; it was serious then it’s serious now."