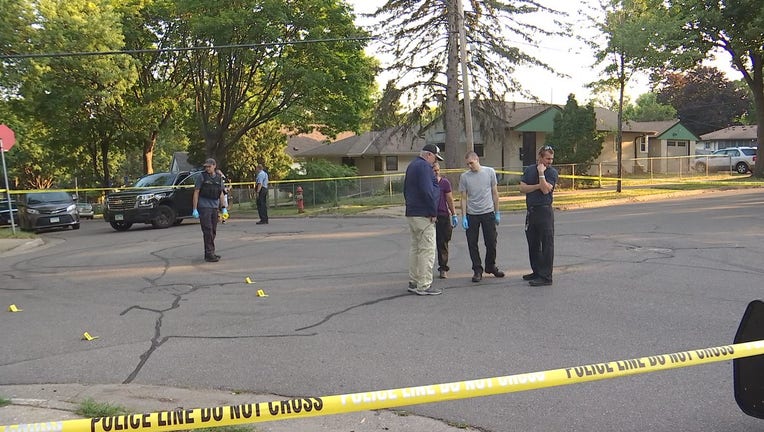 Minneapolis police survey the crime scene at 34th and Colfax where a baby was shot in a car. (FOX 9)

MINNEAPOLIS (FOX 9) - A nine-month-old baby boy was grazed by a bullet while riding in a vehicle in north Minneapolis early Friday evening, according to Minneapolis police spokesman John Elder.

The incident happened around 6:43 p.m. near 34th Ave N and N Colfax Ave. The child was taken to North Memorial Health Hospital in a private vehicle. The baby's injuries are not serious.

Investigators are looking into whether the car was the target of the shooting.

There will be additional patrols in the area of the shooting.

"Everyone of our officers at the Minneapolis Police Department is a mother, a father, a son, a daughter, a brother, a sister. These sort of things, these sort of victims, these sort of cases really have an impact on our staff," said Elder.

Just months ago, three children were shot in the head in north Minneapolis. So far, no one has been arrested in connection to those cases. A reward of $35,000 is being offered for information leading to an arrest in those cases.