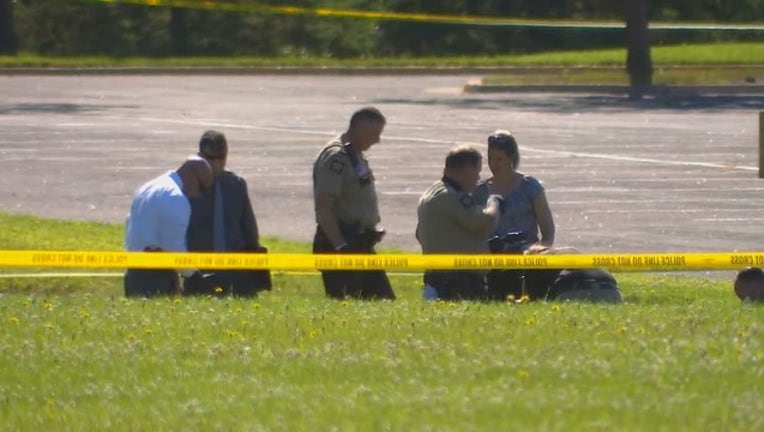 MAPLE GROVE, Minn. (FOX 9) - Two people have been arrested in connection with a homicide at a park in Maple Grove, Minnesota last week.

The Maple Grove Police Department said Big Lake police took the suspects, a 20-year-old man and an 18-year-old woman, into custody Tuesday night following a traffic stop. They are being held in the Hennepin County Jail on possible murder charges.

Police said neighbors reported hearing three to four “pops” in the area of Lakeview Knolls Park between 11 p.m. and midnight on July 29. The following morning around 6:30 a.m., officers found the body of 26-year-old Dayton Leonard Rossetti in the park.

Officers suspect “criminal drug activity” may be involved in the deadly shooting.

The investigation into the homicide is ongoing. Anyone with information regarding the case is asked to contact the Maple Grove Police Department Investigator Angela Tschida at 763-494-6214 or atschida@mpalegrovemn.gov.