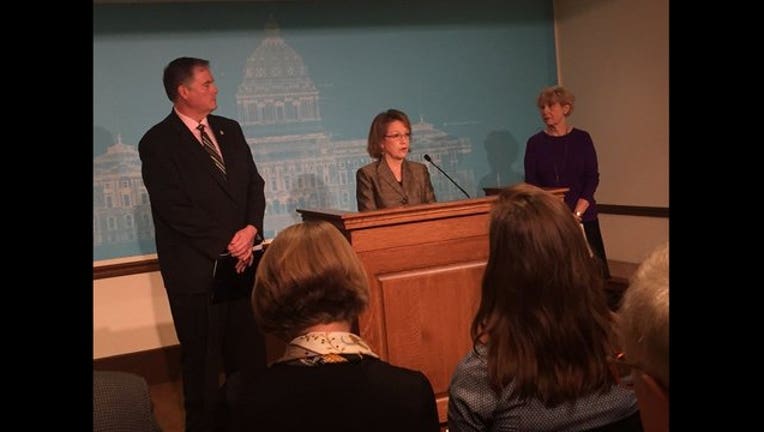 ST. PAUL, Minn. (KMSP) - A pair of Republican state lawmakers announced a resolution to the Secretary of Transportation requesting $929 million in federal funding for Southwest Light Rail Transit be redirected to other transportation projects in Minnesota.

Sen. David Osmek (R-Mound) and Rep. Linda Runbeck (R-Circle Pines) would rather see that money go toward roads and bridges across the state than to one transit project they say wouldn’t benefit most Minnesotans.

If passed by the Minnesota Legislature, the resolution would be delivered to the United States Secretary of Transportation and Minnesota’s congressional delegation for consideration.

“The proposed legislative resolution to the U.S. Secretary of Transportation contains a number of inaccuracies and misrepresents the Southwest Light Rail Transit project.  The project has undergone exhaustive public engagement and has broad support from business groups, labor organizations, the cities and county along the line. The project received state funding in the amount of $37 million from 2009, 2011 and 2013, as well as significant local funding from Hennepin County, Counties Transit Improvement Board and the cities along the corridor.”