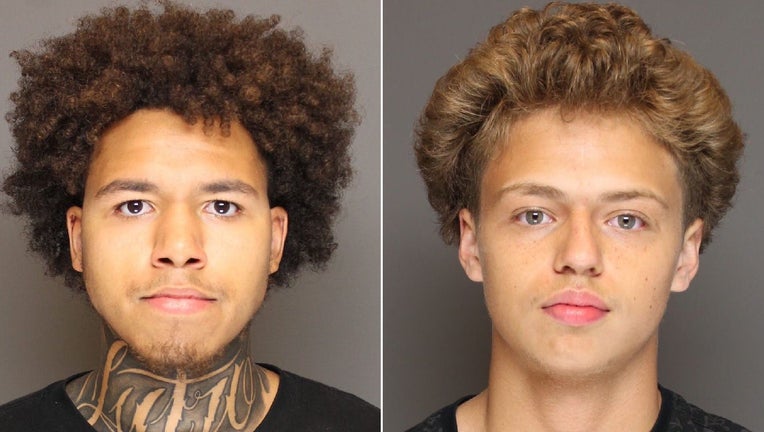 Nathan McDonald (left), 22, of Oakdale and Terrell Payne, 19, of Little Canada have each been charged with one count of second-degree murder. (Supplied)

WEST ST. PAUL, Minn. (FOX 9) - Two men have been indicted on charges of murder for a deadly shooting in West St. Paul last July, where police say a man's body was left in the same apartment as his two-year-old child.

Police said the men were responsible for killing 21-year-old Lawrence Terrance Renfro at his apartment.

A friend who found Renfro's body told police he stopped by the apartment on the morning of July 9 after failing to reach Renfro by phone. He knocked on the door for his patio but no one answered.

The friend then walked around and found a window screen damaged and used it to get inside. In the apartment's living room, the friend found Renfro dead and Renfro's 2-year-old child sitting next to the body on the couch. Police say the friend took the child, left the apartment, and called 911.

Investigators found five 9mm casings inside. An autopsy showed Renfro had been shot five times, including once in the head.

According to the complaint filed against the men, Renfro had lived in the apartment with McDonald's sister until the two had a "falling out."

Police say, after his arrest, Payne admitted to going with McDonald to Renfro's apartment on the morning of July 9. Using the same bedroom window to gain access, Payne reportedly told officers they woke up Renfro who demanded they leave. After that, Payne said McDonald shot Renfro.