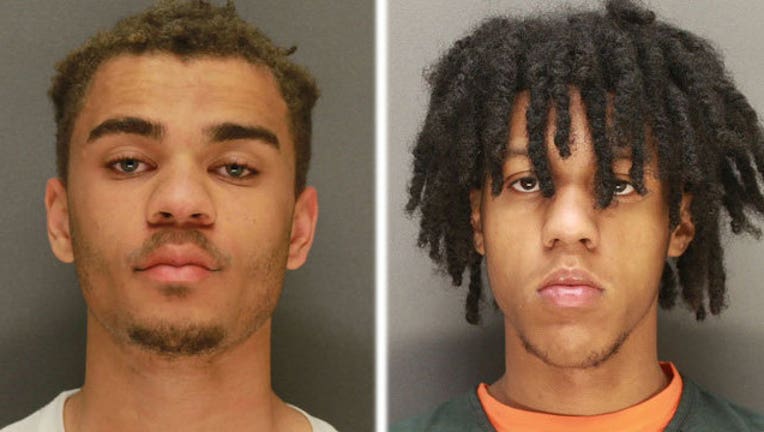 OTSEGO, Minn. (FOX 9) - Two men are facing burglary charges in Otsego, Minnesota after a string of overnight thefts in the city.

Brendan Durant and Davion Allyn, both age 18, were arrested after deputies were called for an interrupted burglary on the 17000-block of 54th Street NE in the City of Otsego Monday morning.

At the scene, homeowners told investigators they had seen a man in an upstairs bedroom who had told them to "mind your own business" when confronted. Inside the room, deputies found the man was gone, but a window was open and a screen was kicked out.

However, another responding deputy happened to spot two men sitting on bikes at a nearby intersection. The men, later identified as Durant and Allyn, road away when the deputy turned around, but were later tracked down.

In a backpack left at the scene, deputies found Allyn's driver's license, a check, and a pill box they say was stolen from a vehicle in Otsego. They say they also later determined the bikes were stolen from another home where someone had also taken a Sony television and golf clubs.

Investigators said surveillance video shows the suspects on properties in the city, at first walking, but then later riding bikes.

The arrest comes as police investigate a larger string of burglaries across cities in the Twin Cities metro. But, at this time, the Wright County Sheriff's Office says that while the thefts are similar in nature, they have not filed any additional charges against Durant and Allyn for any other case.