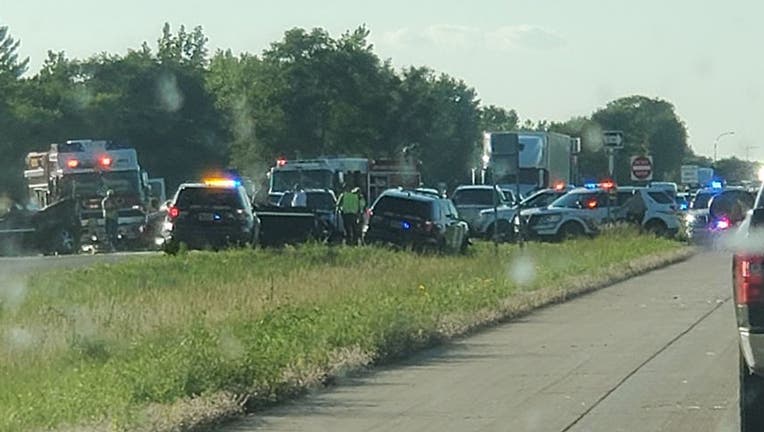 The Impala and Suburban crashed into each other and rotated in the eastbound lane and into the motorcycle. A Dodge Ram then hit the back end of the Suburban and came to rest on the train track south of Highway 10. 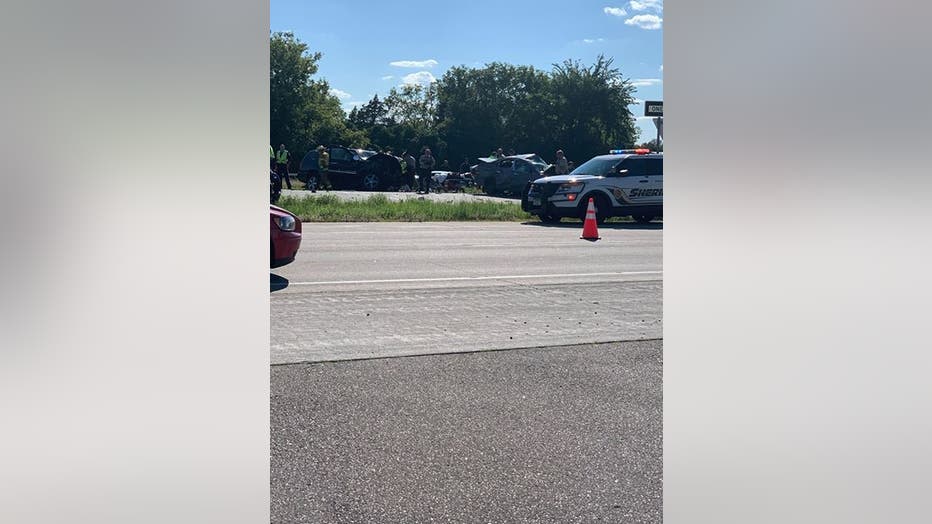