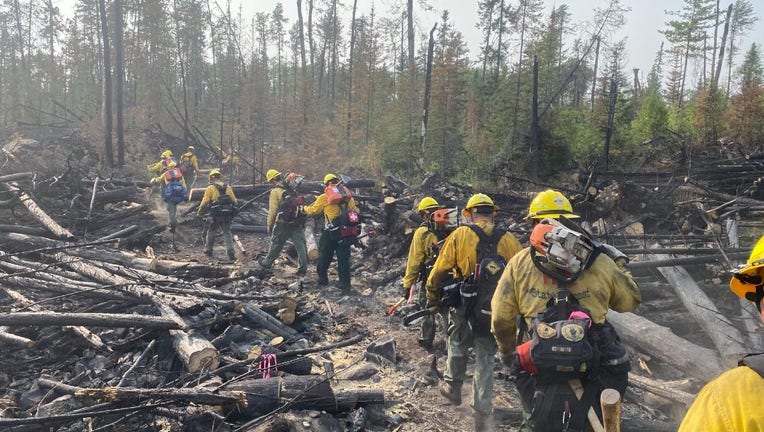 Tuesday afternoon, a fire near Bemidji led to voluntary evacuations before crews ultimately got the fire under control. According to Beltrami County Sheriff Ernie Beitel, the cause of the fire is considered suspicious.

According to numbers from the Minnesota Department of Natural Resources, the average number of wildfires they see in a year is around 1,400. This year, they’ve already seen more than 1,600.

"It had the potential to affect a lot of homes," said Sheriff Beitel. "A very, very, very scary situation."

According to numbers from the Minnesota Department of Natural Resources, the average number of wildfires they see in a year is around 1,400. This year, they’ve already seen more than 1,600. That’s the highest number since 2015 with months left to go in the fire season.

"The spring fire season just rolled right into summer," said DNR Wildfire Operations Supervisor Bill Glesener. "We really haven’t had a stop due to the drought that’s in place in Minnesota."

Glesener says so far more than 35,000 acres have burned, which is equivalent to the area of the entire city of St. Paul.

"We have the potential that a start in the wrong spot could grow rapidly," said Glesener. "We’ve been really attacking them fairly hard and fairly quick."

Wildfires are also burning in the western United States and Canada. With so much smoke in the atmosphere, the Minnesota Department of Health has expanded an air quality alert through Friday for some northern parts of the state.

Local authorities are pulling in help from out of state to get fires under control.

"Currently we have people from Wisconsin and Michigan, our neighbors to the east as well as far away as New Jersey," said Glesener.

Glesener said the help is welcomed to give local fire crews a much needed break.

The DNR says the biggest thing people can do to prevent these wildfires from happening is to be aware of the conditions if you’re having a campfire or setting off fireworks. The DNR updates their burn restriction maps every day and they constantly change due to the conditions.