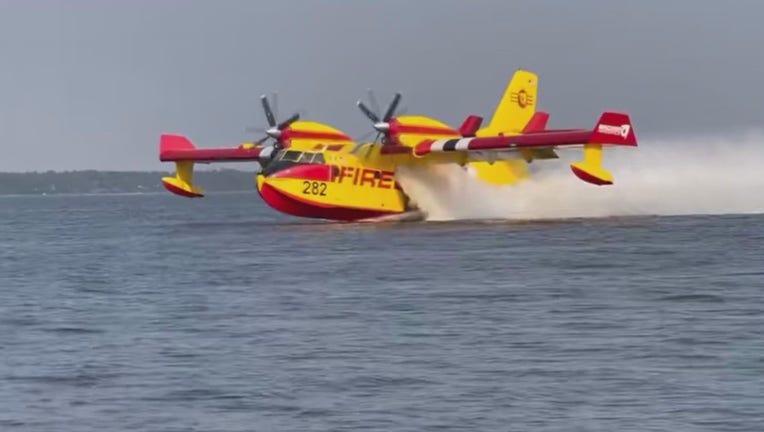 ECKLES TOWNSHIP, Minn. (FOX 9) - The cause of a wildfire near Bemidji, Minnesota is considered suspicious, according to Beltrami County Sheriff Ernie Beitel.

Tuesday around 3 p.m., authorities responded to a 911 call reporting the fire in the 5700 block of Radar Road NW in Eckles Township. The caller said the fire was on both sides of the road and extended into a forested area. Due to the dry conditions from the drought, the fire continued to spread toward a residential area. As a precaution, authorities issued a voluntary evacuation.

According to numbers from the Minnesota Department of Natural Resources, the average number of wildfires they see in a year is around 1,400. This year, they’ve already seen more than 1,600.

"It had the potential to affect a lot of homes," said Sheriff Beitel. "A very, very, very scary situation."

Using airplanes, helicopters and water from Lake Bemidji, crews were able to get the fire under control. Officials are watching closely for hot spots.

"Everything is so dry," said Sheriff Beitel. "Again, if they’re not there on scene, the potential for it to rekindle is absolutely there."

The cause of the fire is under investigation. As the fire is currently considered suspicious, authorities are asking anyone with information to contact the Beltrami County Sheriff’s Office.

Authorities are urging residents to take caution with all possible fire sources including vehicle exhaust in dry grasses, recreational fires and construction.