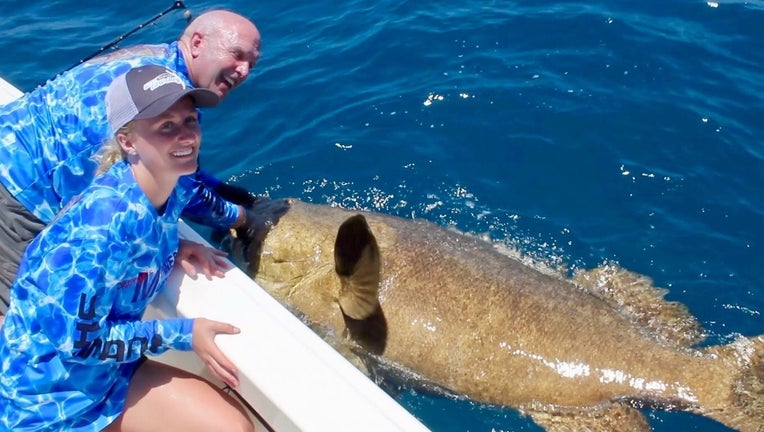 (FOX 9) - What a catch! A Farmington, Minnesota girl appears to have broken a record with her boat-tilting goliath grouper that she reeled from the Gulf of Mexico this week. 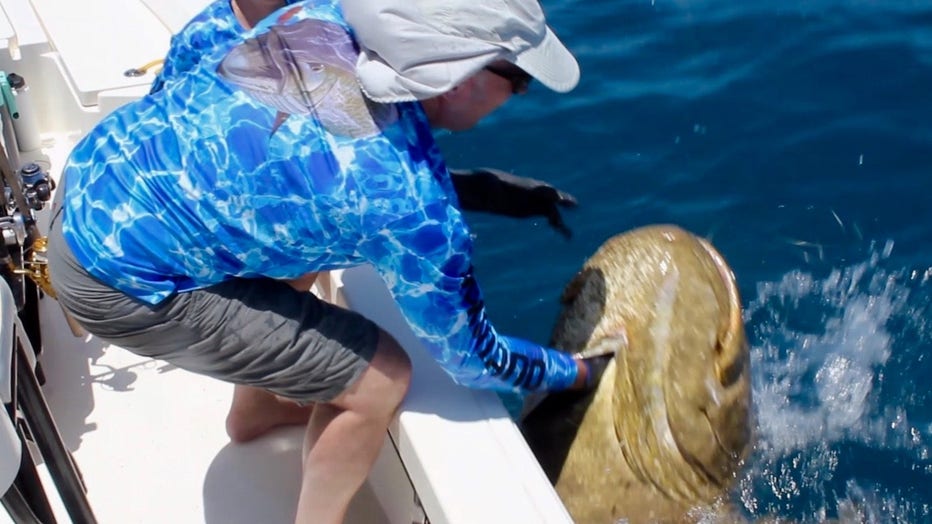 According to her stepfather and fishing guide Paul Hartman, the huge fish sets an International Game Fish Association record for a female angler at a calculated 583 pounds. The previous record was a 366 pounder.

The goliath grouper also measured in at 83 inches long and 75 inches of girth. 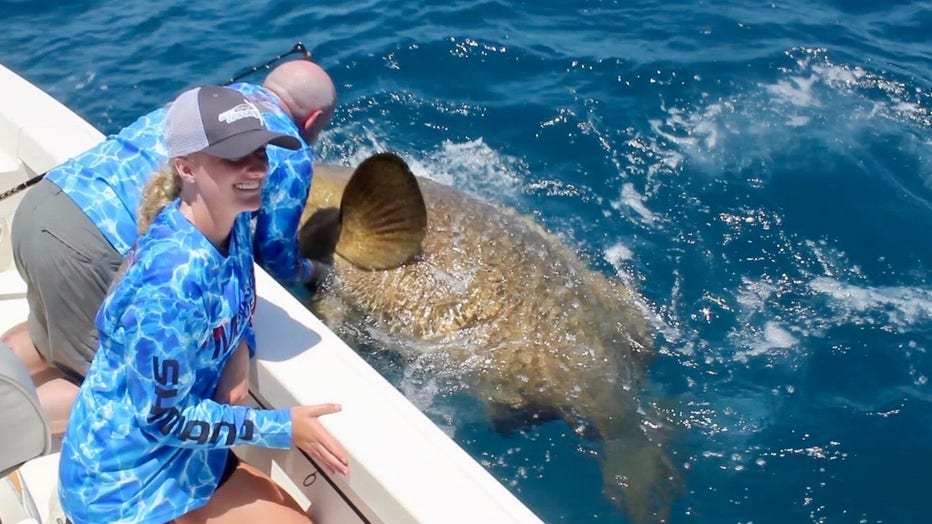 Hartman says, because goliath groupers are protected from harvest, they quickly released the fish after reeling it in.

"There are stories of old commercial fishermen getting fish near this size and there are also a few of this caliber that have been hooked by handline on the Atlantic side, but this catch was special. The entire battle was incredible, but it lasted just 15 minutes," Hartman wrote.