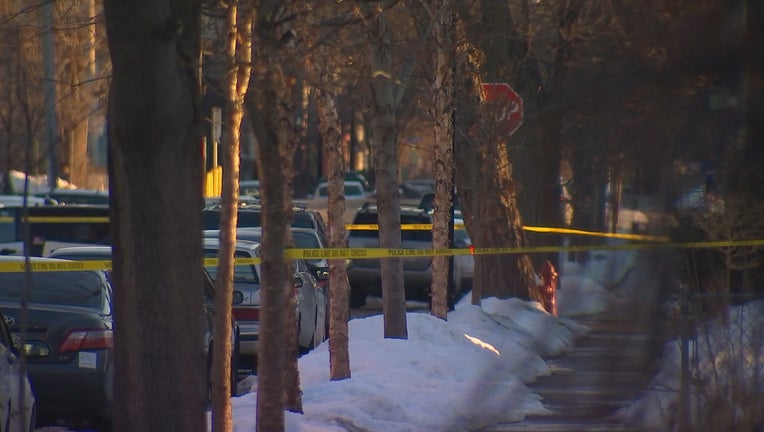 Minneapolis police investigate a deadly stabbing in the 2700 block of Aldrich Avenue S on Feb. 25, 2021.

MINNEAPOLIS (FOX 9) - A man has died after being stabbed in a home in south Minneapolis, according to Minneapolis police spokesman John Elder.

Just before 4 p.m. Thursday, officers responded to 2700 block of Aldrich Avenue South on a reported stabbing. Inside the home, they found a man with fatal stab wounds.

The suspect was already gone before police arrived. While they are not in custody, Elder says police have a lead.

"Being the fact we believe this is domestic related, we’re able to drill down on who our suspect is," said Elder

This marks the eighth homicide in Minneapolis so far this year.