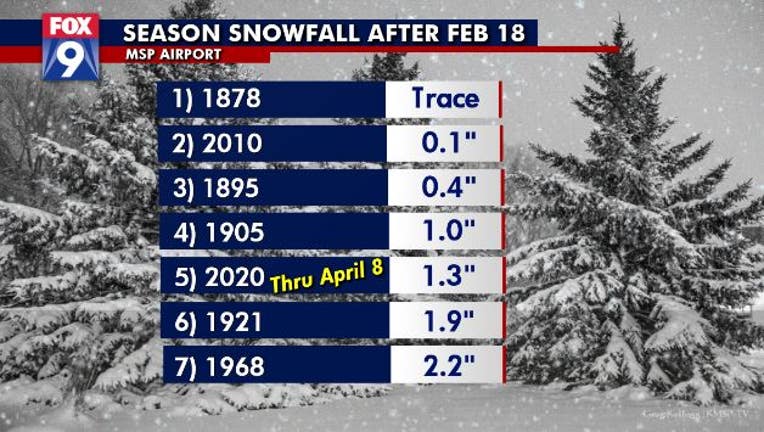 Our snow season this winter started off with a bang in late November, with several inches of the white flakes falling before we even hit December. After that, off and on snows greeted Minnesotans all the way through the middle of February.

Our snow cover was relentless, hanging on for 98 consecutive days with at least 1 inch of snow on the ground. Then, we went dry.

Since Feb. 18, the Twin Cities has officially seen just a little over an inch of snow. IF we don’t get anymore measurable snow this season, it will be the fifth driest end to the snow season since records began nearly 150 years ago.

Now, I realize the irony of this whole thing as flakes are flying in parts of the metro as I write this. But, this round of snow showers won’t amount to too much in most places, so our dry streak will likely continue. 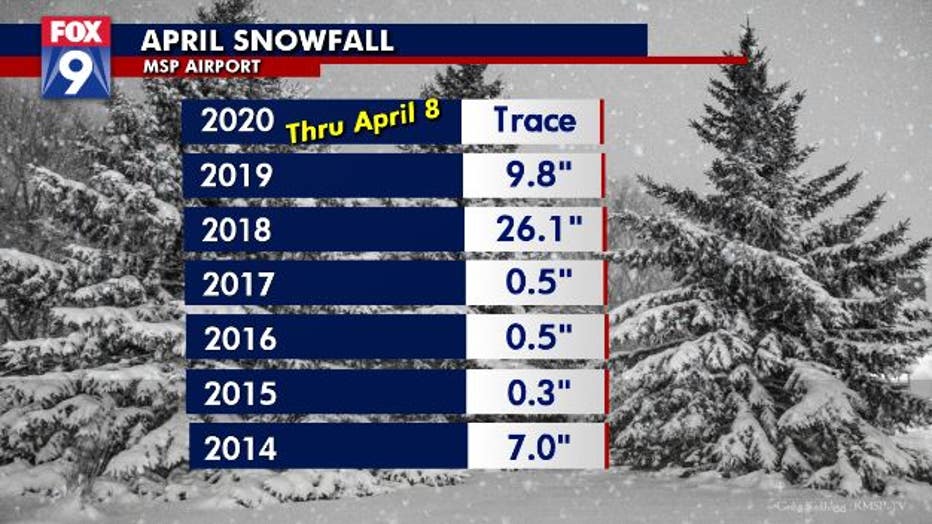 But before we get too carried away with our snow drought, the season isn’t over yet. While our April has been a bust so far, we have plenty of time to get more.

The last couple of Aprils have seen a tremendous amount of snow. But it’s one of those months that can get a lot or a whole lotta nothin’. While snow season is generally over by May 1, we have seen snow in the metro all the way to the last day of May in years past, so we still have a ways to go.