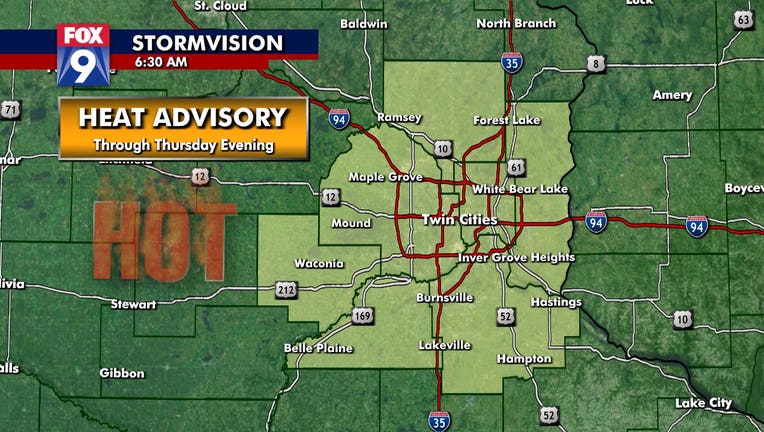 A Heat Advisory continues for the Twin Cities Monday and goes through Thursday for persistent hot afternoons and very uncomfortable nights thanks partially to our urban heat island. (FOX 9)

(FOX 9) - The first week of June has been anything but typical. While we can get some brief heat this time of year, with record highs in the 90s and triple digits, it's RARE that we get long lasting persistent heat. Well, 2021 decided to be different, and will go down as the longest stretch of heat so early in the summer season.

The Twin Cities average roughly 13 90-degree or higher days during the course of the year, but it can vary wildly. There have been a couple years where the thermometer never hit 90 degrees, the most recent being 1992. But, there have also been years that have seen more than 40. July is by far the hottest month on average here in Minnesota with roughly 40% of all 90-degree or higher days occurring during the seventh month of the year. So, with so many happening early in the season, it could be a very hot summer.

This long stretch of heat before the middle of June has never happened before, dating back to 1872. The longest stretch of 90 degree or higher days so early in the season is six. That has happened three times, the most recent was the very hot stretch in late May back in 2018. But, our current stretch is likely to last well past six with the forecast giving us nine consecutive days over 90 degrees. This isn't just a long stretch so early in the season, that would tie for the third longest stretch ever recorded. The longest is 14 straight days back in the Dust Bowl era. 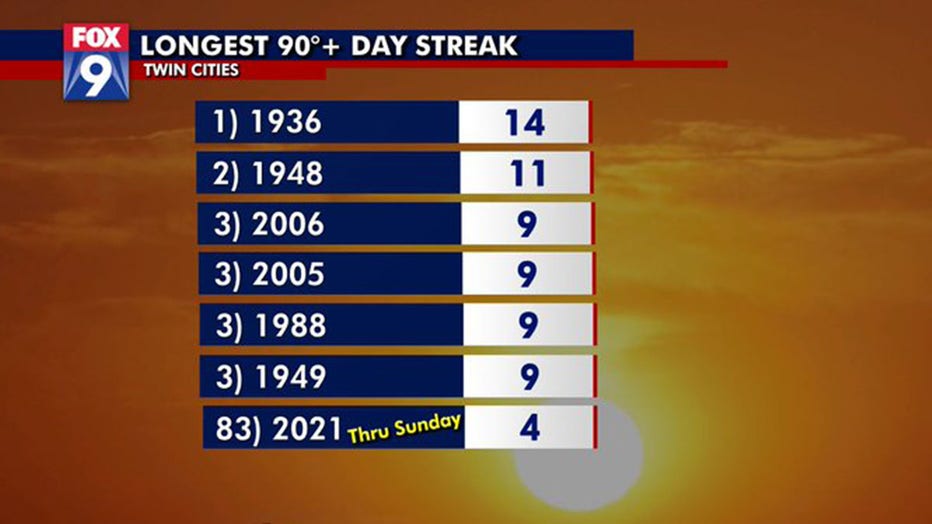 While our streak may end at nine days, that doesn't mean we are going to cool off significantly. The atmospheric conditions producing our current heat will fluctuate a bit this weekend, but the current pattern doesn't look like it will change significantly anytime soon so more 90s are certainly possible next week.

Get the FOX 9 Weather App to track the heat wave live on your phone with alerts and forecasts customized for your current location and favorite locations. Download it for Android or Apple.