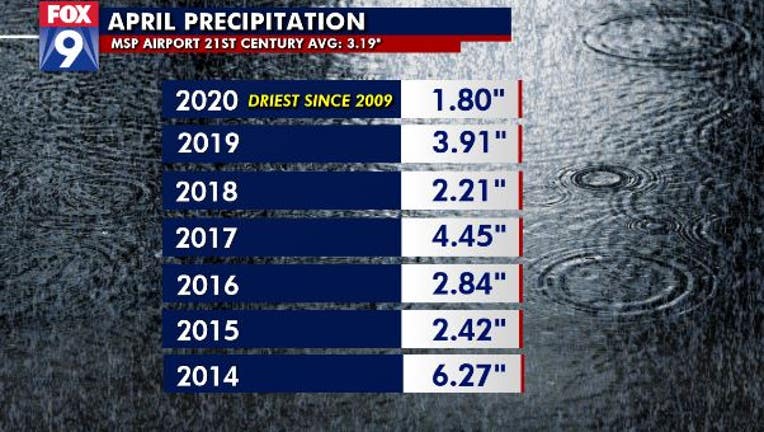 Despite getting over three quarters of an inch of rain officially at MSP Airport on Wednesday, this April will go down as the driest since 2009. Certainly has been a far different look at what mid spring could look like in the Twin Cities when compared to the last several years. We have certainly seen our fair share of miserable spring weather the last 5 years or so with plenty of late season snow, clouds, and rainfall.

While our drier month may have you questioning whether we have enough moisture around to get a full spring bloom, I can certainly put your mind at ease. Thanks to our near record wet last 3 years, the moisture content for the top several feet of soil has almost never been wetter. Most areas of Minnesota are in the 90th+ percentile in soil moisture at this point in the year. So honestly, for farmers sake especially, we could actually use some below average precipitation for a couple of months. That’s not a pattern we want to get into, but certainly won’t hurt our planting status moving into early summer.