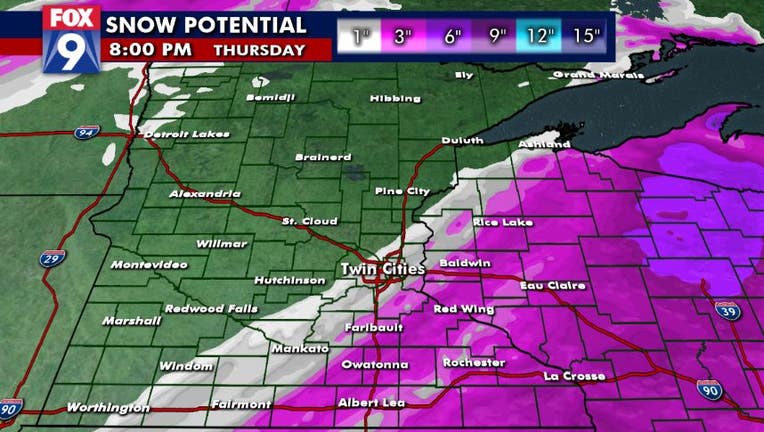 (FOX 9) - Wednesday will be the last of our mild days as arctic air pushes into the region throughout the day Thursday.

On that leading edge will be some light precipitation as a touch of freezing drizzle and/or light rain that will switch over to some light snow. Most areas won’t get much, but an inch or two of snow will be possible in the Twin Cities metro, with up to 4 inches in our far southeastern zones from Rochester and La Crosse, Wisconsin over toward Eau Claire. 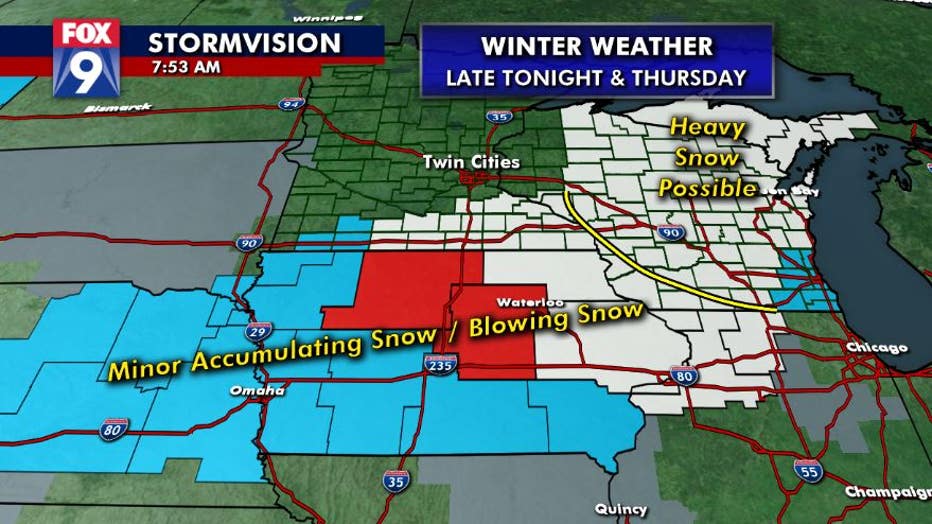 That snow winds down quickly by midday Thursday and then temperatures spend the next couple of days falling, with subzero wind chills likely by Thursday night. That could start a stretch of subzero chills that lasts for at least the next week.

Afternoon highs over the weekend and into early next week will flirt with subzero readings--with wind chills far colder.

Wednesday will be last mild day before bitter cold moves in

Wednesday will be the last of our mild days as arctic air pushes into the region through the day Thursday.

Much of Minnesota has escaped the dangerously cold temperatures so far this year, so this is a friendly reminder to pull out the extra clothes, heavy coats, gloves and hats because frostbite can occur in just a matter of minutes.

Always keep an emergency kit filled with essentials when traveling, even just down the street, because unexpected exposure to the elements - even for a few minutes - can lead to a life-threatening situation.