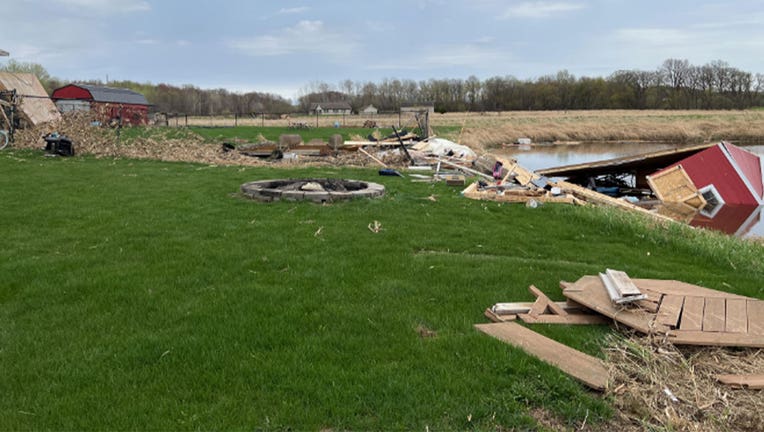 RUSK, Wis. (FOX 9) - Surveyors have confirmed two tornadoes touched down in western Wisconsin on Monday night as storms ripped through the Midwest.

According to National Weather Service survey crews, an EF-1 tornado touched down around 7:30 p.m. just north of I-94 near Rusk, Wisconsin -- just east of Menomonie. The tornado left behind a six-mile-long path, causing damage near the Whitetail Golf Course.

Crews estimate wind speeds were around 80 to 90 miles per hour. A photo shared by the National Weather Service shows damage to a farm shed and a picnic table.

Crews have since confirmed another EF-0 tornado near St. Croix Falls. In that area, a farm suffered significant damage from the storm.

Monday's storms left damage to central and eastern Minnesota along with parts of western Wisconsin. To the east, widespread damage was found in near St. Croix Falls, Wisconsin and just across the river in Taylors Falls, Minnesota.

A home in Taylor’s Falls, Wisconsin, that’s on the National Register of Historic Places was damaged during storms on Monday.