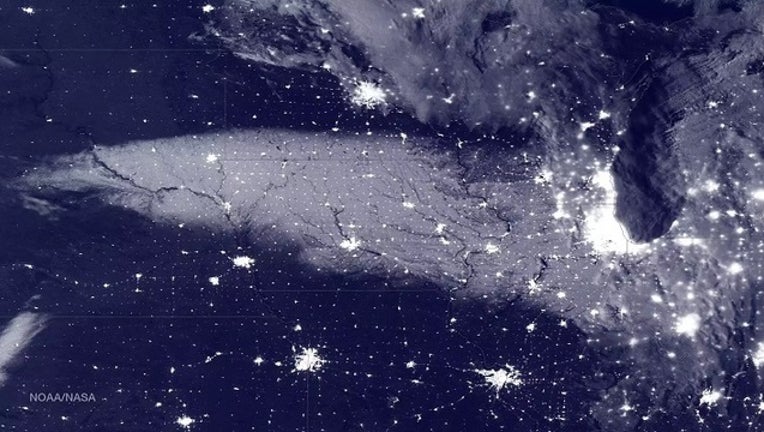 Minneapolis, KMSP - The first major snowstorm of winter 2015 swept over the Midwest last weekend dumping more that a foot of snow from South Dakota to Michigan. The skies were clear early Monday morning, November 23, and that allowed for this spectacular view from space. The image was shot by the Visible Infrared Imaging Radiometer Suite (VIIRS) aboard the Suomi National Polar-orbiting Partnership (Suomi NPP) satellite, launched into orbit on October 28, 2011. I know that is a mouthful but we have to give credit where credit is due. Share with your friends.