The metro area is expected to get about 3 to 5 inches of snow Tuesday evening with higher amounts north and west of the metro before the snow tapers off before midnight.

The Minnesota State Patrol reported more than a hundred crashes during Tuesday's snowstorm.

According to Minnesota State Patrol, statewide from 7 a.m. to 4:30 p.m., there were 104 crashes and 28 vehicle spin outs/off the road and four jackknifed semis. Out of all the crashes, there were 11 with injury and one serious injury in Nobles County. 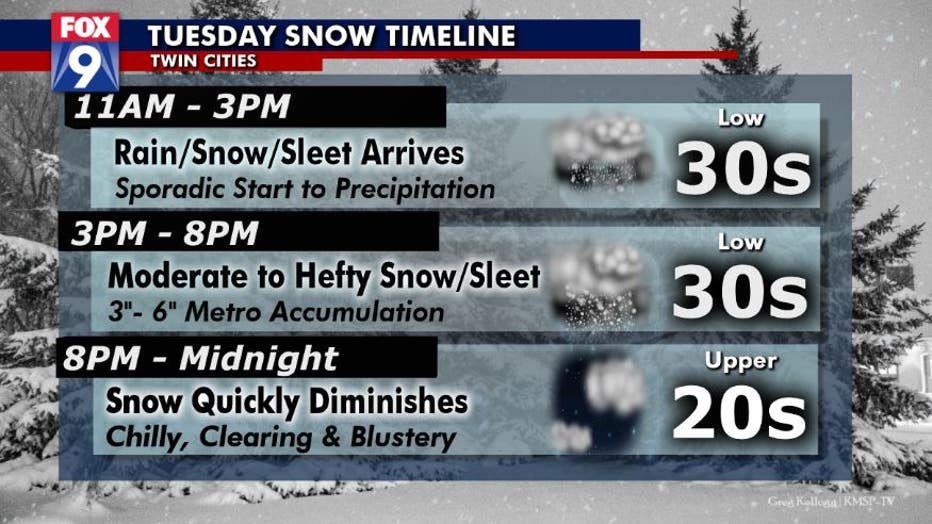 Tuesday morning started out over 30 degrees colder than Monday morning. The Twin Cities stayed mostly dry until the afternoon when a little light and sporadic rain, sleet and snow combo moved in. Now, the rain mixture has shifted over to snow.

The snow will end up as far as Marshall in the south and Brainerd in the north, with a couple of inches likely. Southeastern Minnesota will see mostly freezing rain, ice and snow with fairly minor snow accumulation.