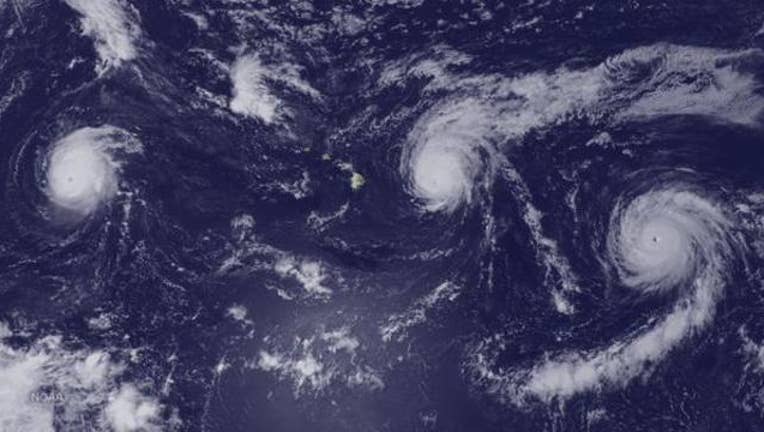 Pacific Triple-Threat
The Atlantic hurricane season is starting to awaken with a few tropical systems popping up. However, the Pacific hurricane season continues to erupt and has now broken a record. For the first time ever, there are not one, not two, but three category 4 hurricanes churning in the Pacific. According to NOAA, the national oceanic atmospheric administration, this is the first recorded occurrence of three Category 4 hurricanes in the central and eastern Pacific basins at the same time. In addition, it’s also the first time with three major hurricanes (Category 3 or stronger) in those basins simultaneously. 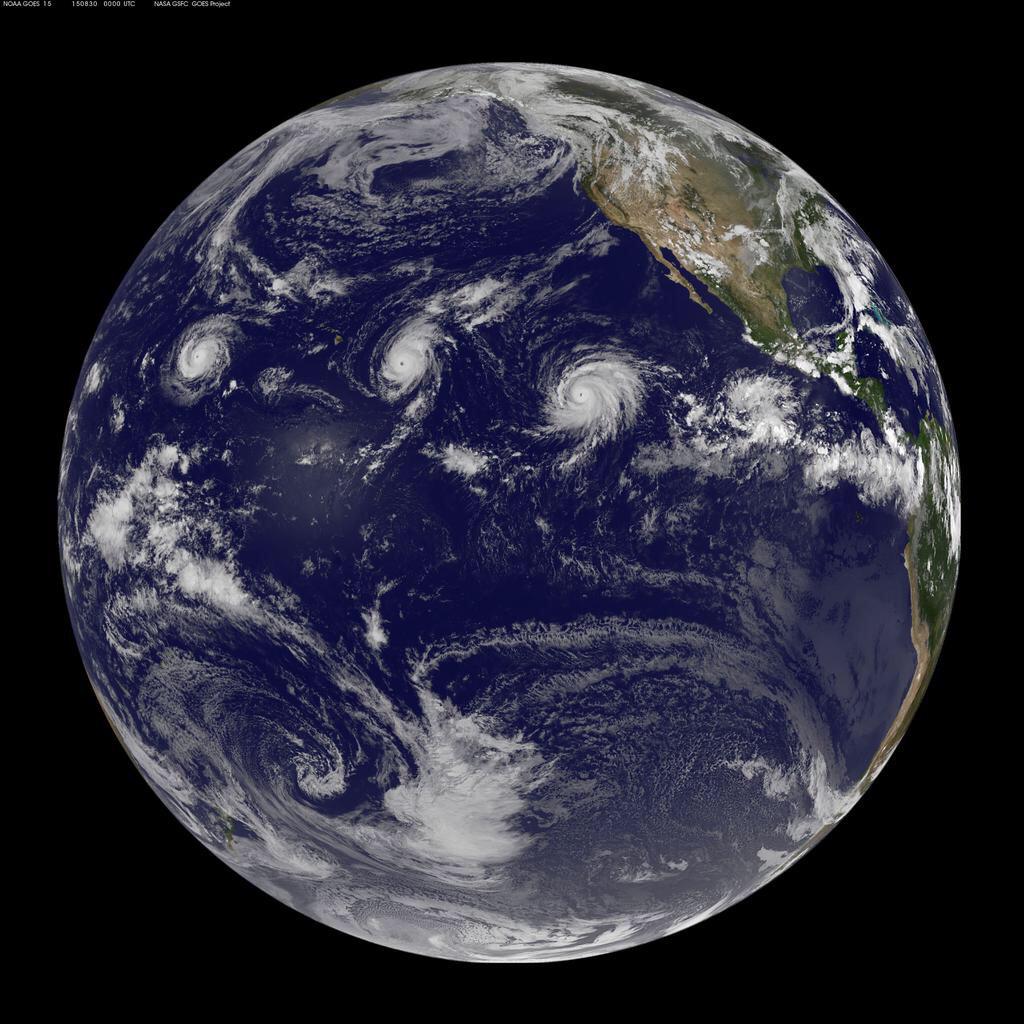 BLAME IT ON EL NINO
In a typical El Nino year, tropical systems in the Eastern Pacific tend to increase, while in the Atlantic, the tropical development tends to decrease. As of September 1, 2015, the Atlantic has only made it to the letter “E” and the Pacific is already on the letter “J”, a sign that our forecasted El Nino is coming together.
Below are a few graphics of what happened with Eastern Pacific hurricane development during the last strong El Nino season of 1997-1998.