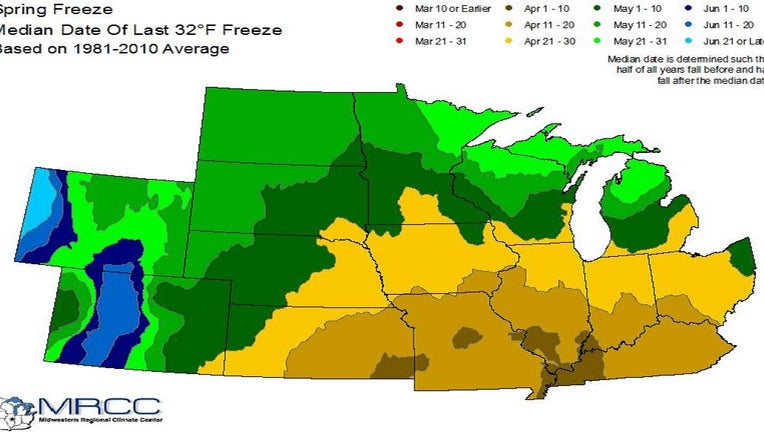 MINNEAPOLIS (FOX 9) - Could it be that we are finally done with the cold season here in Minnesota? No, I’m not talking about the season when the vast majority of us get sick, but the season in which we see sub freezing temperatures.That’s right, the time of year when we typically stay above the freeze mark is fast approaching.

The final spring freeze can vary wildly from year to year, just like everything else weather wise in Minnesota. Often times the further away from the oceans you get, the more variability you will have at any given time of the year and when comparing year to year overall averages. That’s why in Minnesota, our final spring freeze can range anywhere from the early part of March to June.

So what about this year? Well, there is little indication that it will be any different than what is considered average. With May 1st fast approaching and currently no freezing temperatures in the forecast for the Twin Cities, we may very well have seen our last 32˚ of the season. That said, as we all know, things can change… and forecasting precise numbers more than a week away is still a crap shoot at best. But if you’re looking for something to do while we’re all stuck at home, at least getting the garden ready and the supplies you need for that spring plant isn’t a bad idea because it likely won’t be long before the planting can begin.