Tuesday was the eighteenth 90 plus degree day in the Twin Cities which is one of the latest times in the year we have eclipsed that mark. But what may be far more impressive is just how long our summer style warmth has lasted.

MINNEAPOLIS (FOX 9) - Tuesday was the 18th 90-plus degree day in the Twin Cities, which is one of the latest times in the year we have eclipsed that mark. But what may be far more impressive is just how long our summer-style warmth has lasted. 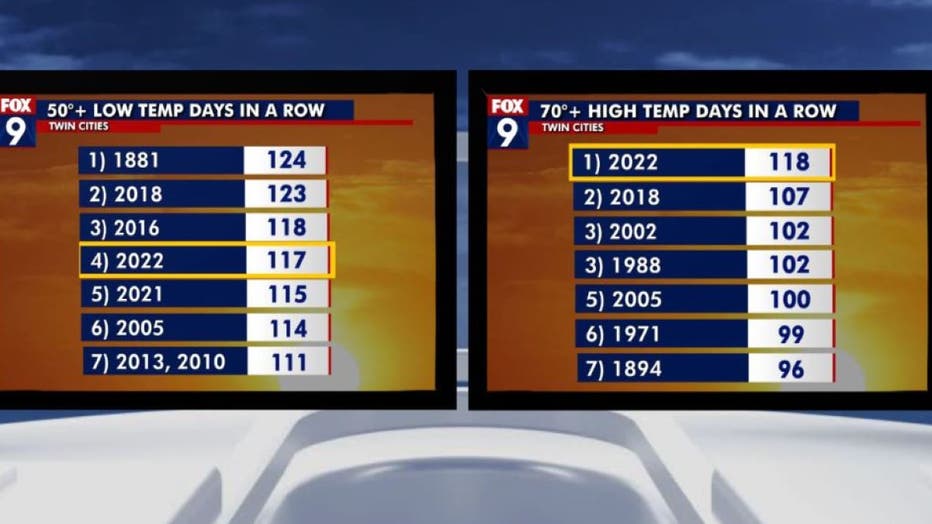 Thursday, Sept. 22, will mark the first day in 118 days that we have not reached the 70-degree mark – that is the longest such streak on record dating all the way back to 1872. It's also been roughly the same number of days since the metro has seen any temperature lower than 50 degrees – that's in the top 5 longest of such streaks. But what you'll notice when you look closely at these lists (above), is both contain a large number of years in the 21st century, and this trend is likely to continue thanks to the growing Twin Cities metropolitan area.

The Urban Heat Island is the warming effect manmade objects have on the atmosphere around them. Manufactured objects like concrete, brick, and asphalt heat more efficiently in the sunlight making them much hotter than surrounding natural sources like grass, trees, and crops that are far more abundant outside of the city core. This aids in keeping temperatures anywhere from 2 to 5 degrees warmer on average than areas around them, according to a 2014 University of Minnesota study. In some extreme cases, temperatures in the Twin Cities core can be 30 degrees warmer than immediately surrounding rural areas. 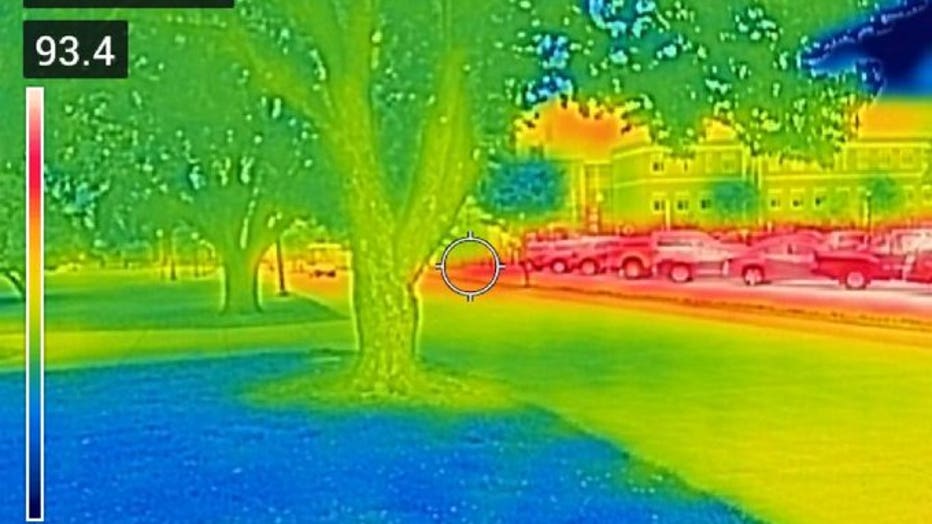 There are a few things at play when it comes to extending our summer warmth through September like Urban Heat Island as well as climate change. It's unknown just how much each one is playing into our daily weather. However, with urban areas continuing to expand and global carbon emissions continuing to rise, it's only logical that streaks like this will likely get longer and more frequent as the years progress.

Thursday's forecast: Sunny with highs in the 60s

Cooler Friday with highs in the 50s.