(FOX 9) - The Twin Cities metro has seen a reasonably "typical" amount of moisture so far this season, but much of Minnesota and Wisconsin can’t say the same and now an expanding long-term drought is not far off. 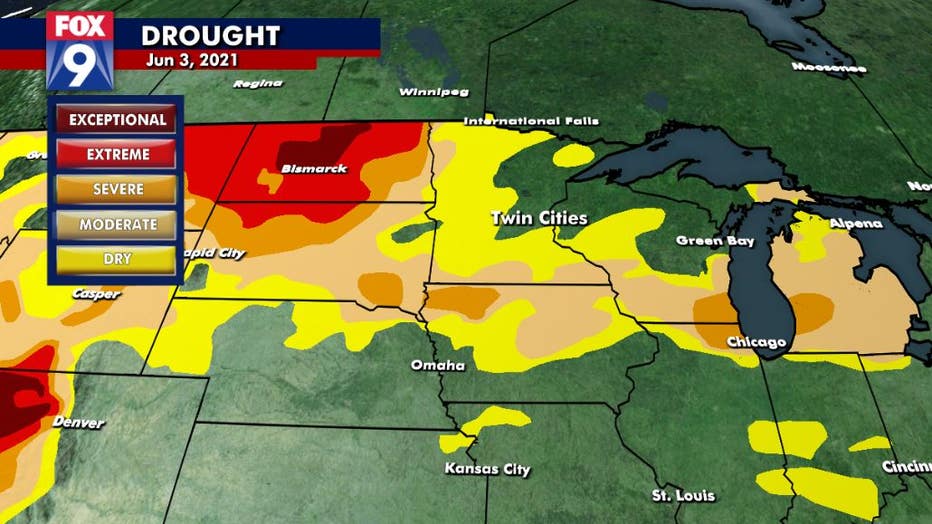 Drought monitor for the Midwest

With temperatures soaring over the next few days and no widespread or substantial rainfall in sight, the already semi-parched soil is about to get baked. This could bring quickly drying conditions to much of the area if our hot dry pattern doesn’t change quickly.

Here is the latest drought monitor for the Upper Midwest. Notice that much of the southern half of the state is already dry, with many spots from the Dakotas to Michigan in a moderate to severe drought. Add to it some record breaking heat, and any potential moisture holding off for at least a few more days, and this rough situation is about to get worse. 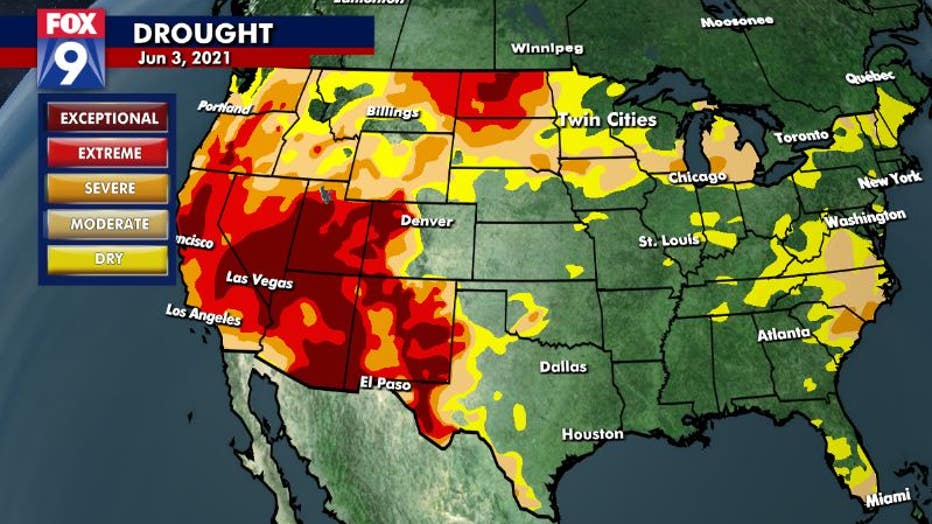 Now over 60% of the country is currently in some sort of a drought, which is the largest extent the United States has experienced in several years. Unfortunately, our current pattern isn’t going to help.

An arc of warmth is now developing across the U.S. taking hot temps from the Southwest, transporting them up and over a relative trough with slightly below average temperatures in the Southeast thanks to unsettled conditions. If this pattern persists, it could be a very warm dry summer for Minnesota.

Above average temperatures are arcing around a trough with unsettled conditions and relatively cooler temps in the Southeast. Therefore the heat from the west "blows" up and over this trough, going through the Upper Midwest, Great Lakes and Northeast. All of these areas are likely to experience above average temps for at least the next week, but it could last significantly longer.

It's been nearly a decade since the state has seen any lengthy and significant drought, but if the hot and dry weather persists during June (which is on average our wettest month of the year), that streak will be over.