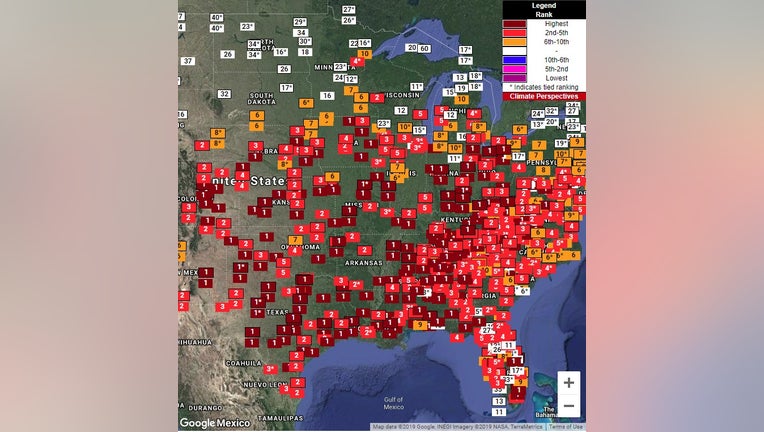 These numbers represent their ranking for September warmth at each individual climate site. The dark red 1 indicates a climate site that just experienced their warmest September on record.

It has been a wild few weeks of weather across the country. The temperatures have been anything but steady here in Minnesota with 50s one day and 80s the next.  But for the southern and eastern U.S., wild swings in temperature haven’t been the story; it’s been the persistence of the summerlike heat.

Midway through September, a massive ridge developed across the eastern U.S. and has since not budged. That has allowed the temperatures to soar into the 90s and triple digits nearly every single day from Texas to Pennsylvania.

All time October record highs fall in the southeast

It has been a wild few weeks of weather across the country. The temperatures have been anything but steady here in Minnesota with 50s one day and 80s the next.&nbsp; But for the southern and eastern U.S. wild swings in temperature haven’t been the story; it’s been the persistence of the summerlike heat.

Many cities from Houston and Dallas, to Memphis, Nashville, and Indianapolis just experienced their warmest September on record. Dozens of other cities east of the Mississippi just concluded their 2nd or third warmest September with records dating back to the mid-1800s. 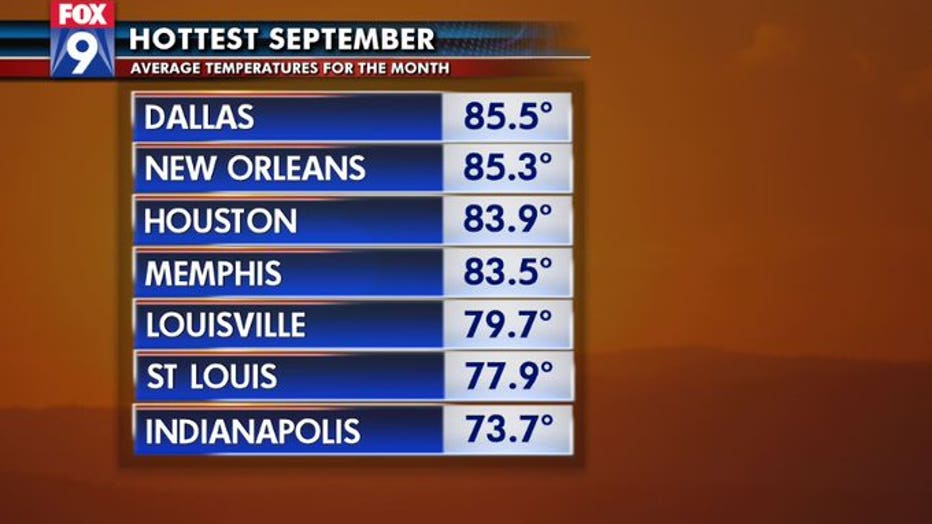 Now that the calendar turned to October, the heat has intensified even further. All-time October record highs are getting obliterated. Nashville broke its monthly record by 4 degrees. DC broke theirs by a couple of degrees… and dozens of cities are in a similar spot. 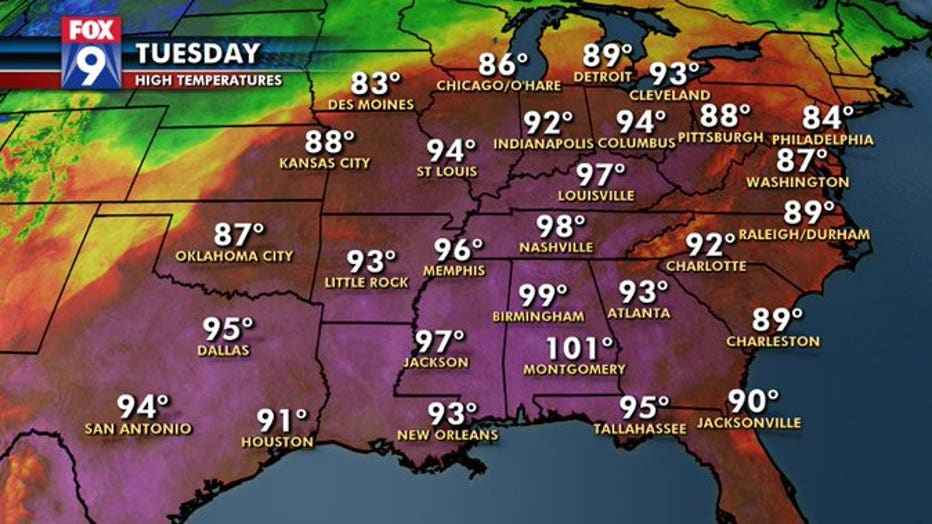 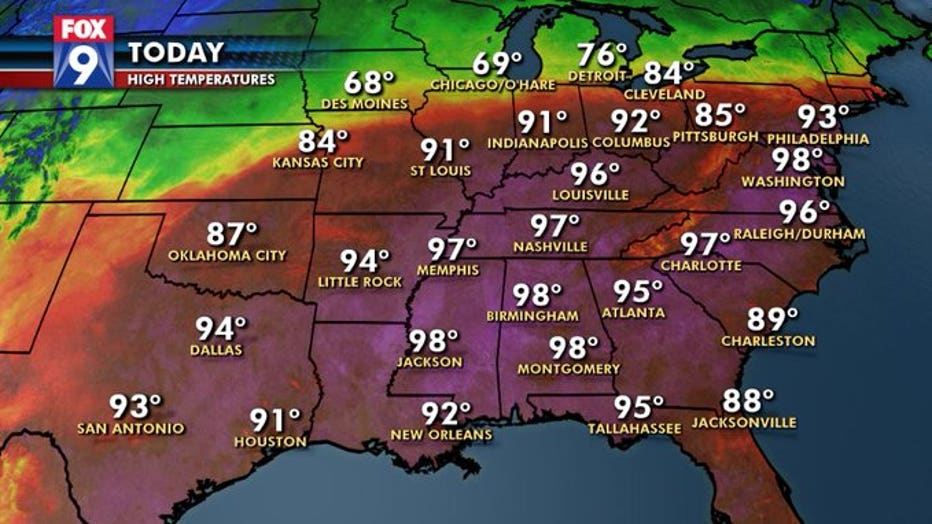 This massive ridge of high pressure not only brings plenty of heat, but very dry conditions as well. Some parts of the East Coast haven’t seen a drop of rain in 6 weeks. And even though many of these areas have seen well above average precipitation so far this year, the 90° temperatures have taken their toll on ground moisture… and quickly. Dry conditions have suddenly exploded in nearly 20 states across the east. This is what we call a flash drought. Flash referring to how quickly the conditions have appeared and expanded. Think of it like a flash flood, where waters rise in the matter of minutes, but on a much larger and longer scale. In many cases, droughts can take months to form, and even longer to fade away. So a flash drought isn’t exactly as quick as a flash flood, but takes the development of very dry conditions down from months, to just weeks. In this case, over the last 2 to 3 weeks, many spots in the east have jumped 1 or 2 drought categories, which is REALLY quick when talking about dry conditions. Here is what that drought expansion looks like according to the U.S. drought monitor. 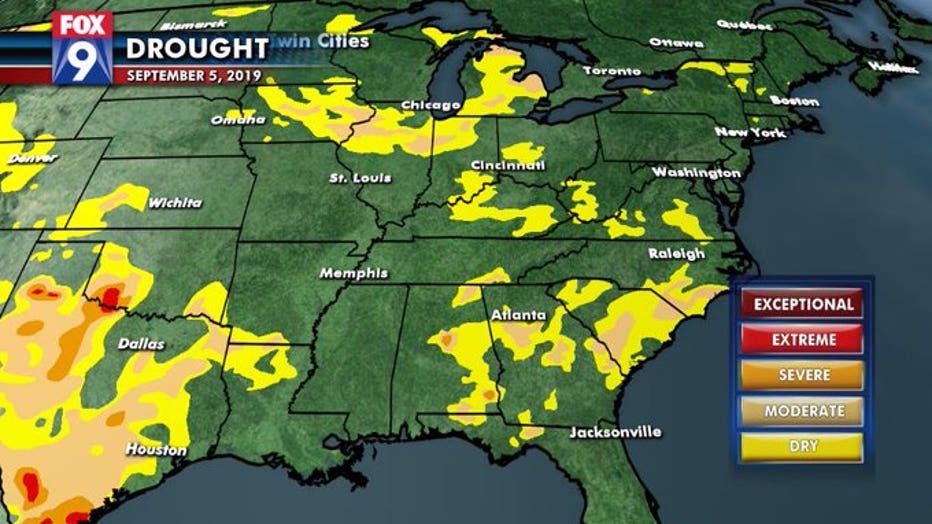 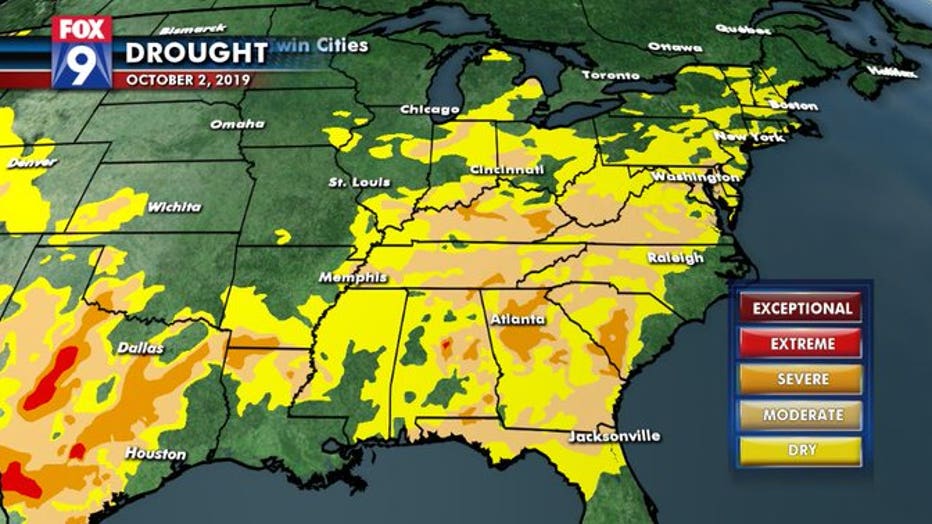 Now that same cold front that pushed through our neighborhood is slowly drifting southeast and will bring relief to many areas… eventually. But for some along the Gulf Coast, it could be Sunday or even Monday before the heat breaks.