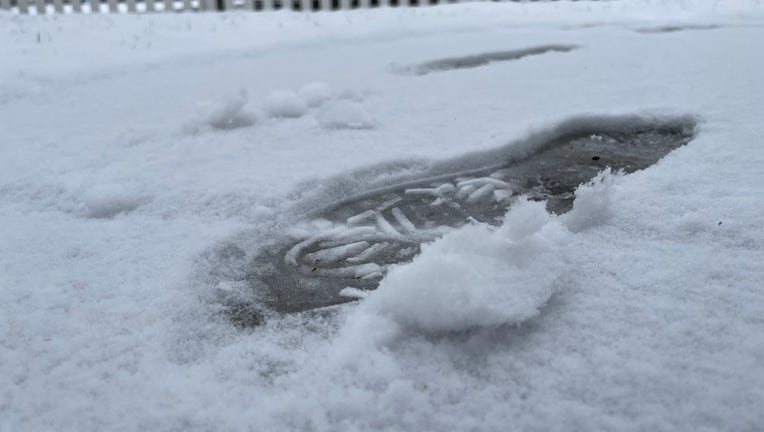 A slushy footprint in a Minneapolis backyard during a snowy spring day.

(FOX 9) - After a sunny, spring-like weekend, parts of Minnesota got a shot of winter as slushy snow fell in the southern part of the state Monday.

The storm system out of the west started Sunday night in southwest Minnesota and reached the Twin Cities metro area late Monday morning.

Minnesotans mixed on return of snow

The return of snow to the Minnesota area left some irked and others accepting Monday.

Windy, cooler conditions with a wintry mix accumulating 1 to 3 inches are possible for the Twin Cities metro area. A heavier band of snow accumulating 4 to 7 inches is possible in southern Minnesota along I-90. 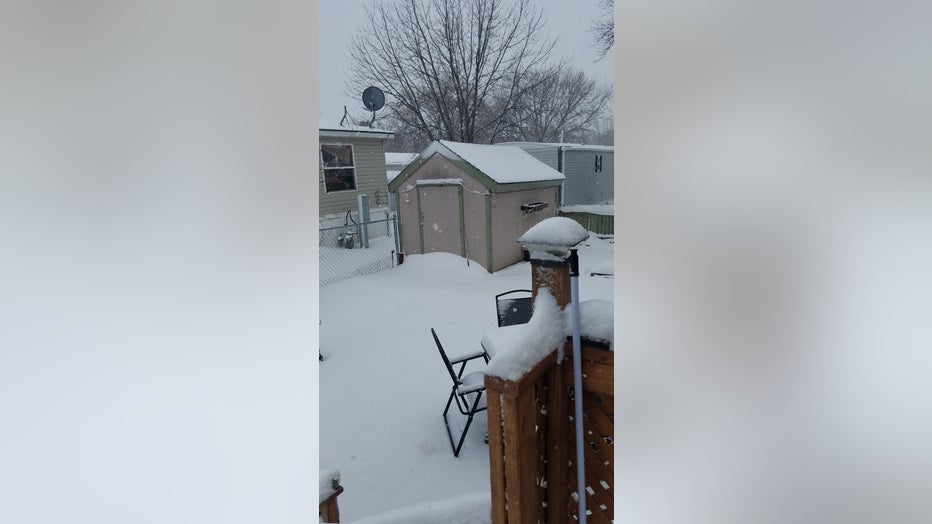 A back porch in Hutchinson, Minnesota after a March 15 snow event. (Karen Curtis)

As of Monday afternoon, the southern Minnesota cities of Northfield, Le Sueur and Faribault have each declared snow emergencies. 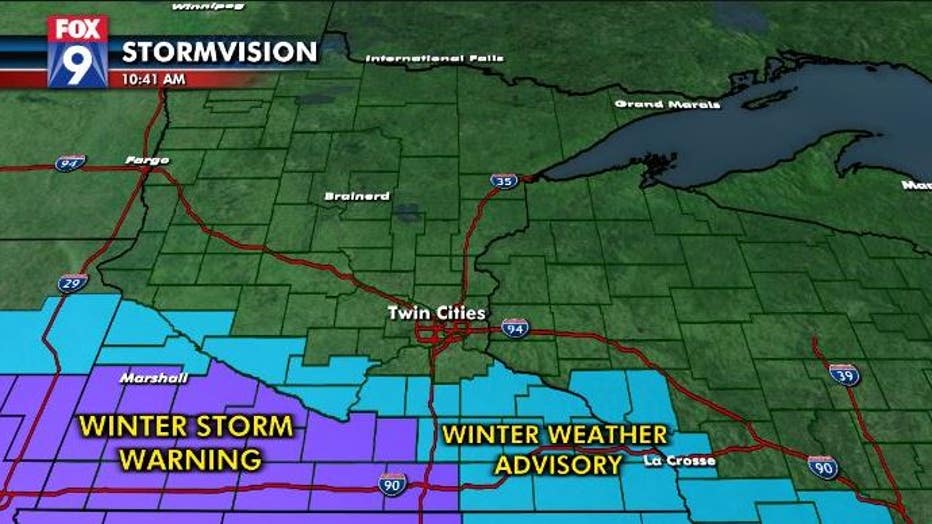 The snow event led to tricky road conditions as well. Crews responded to dozens of crashes in the metro area and in southern Minnesota Monday.

"I’m done with snow for the year," she said.

As Minnesotans, we are used to the snow.

"It’s not even April yet, so Minnesota [in] March [or] April we can always get snow," Edstrom said.

Still, some aren’t used to snow a week after temperatures in the 60s.

"It was very nice last week and now we’re back to winter again," Sandy Spry said. "It would be nice to have those warm temperatures again but it’s expected here."

O’Reilly gave Monday’s snowfall a score of two out of 10.

"This isn’t that much snow, we’re just on the northern tail of it," O’Reilly said. "Not very far south of here they’re getting a lot more than we are."

"If it gets more than 3 inches of this, the snow blower doesn’t like it," Edstrom explained. "It’s very wet, real heavy."

As Edstrom clears his driveway, he’s focused on the positive.

Stay up to date on the weather by downloading the FOX 9 Weather App. It has the latest temperatures, forecasts and live traffic maps 24/7. Download it for Android or Apple.