(FOX 9) - September is wrapping up and the weather across the U.S. could not be more different. A very early season storm is beginning across the northern Rockies that could drop a record amount of snow for the month across the Northwest. Meanwhile, nearly 2 dozen states could set record highs in the coming days in the east.  And Minnesota will likely get a taste of both extremes.

A large storm is dropping into the northern Rockies over the weekend and could drop some historic early season snow. Widespread amounts of a FOOT or TWO is possible in parts of Montana, Idaho, and Wyoming. Meanwhile, the front range mountains and Glacier National Park in Montana could get more than 4 FEET! It’s been decades since these areas have seen this much snow this early in the season. 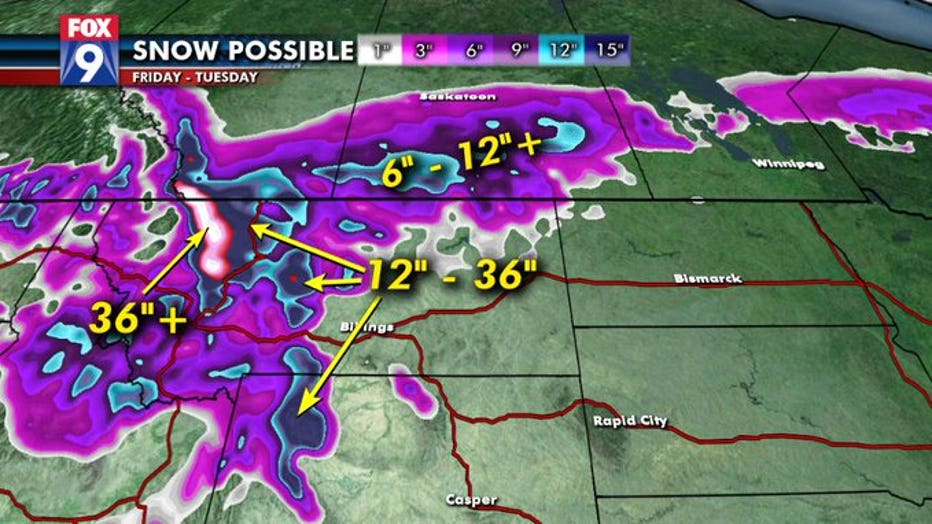 Meanwhile, that same storm system is pushing the jet stream northward across the eastern U.S. leading to a monster heat wave that could impact more than 150 million people. Highs will soar close to 100 degrees in some areas, with 90s possible as far north as Cleveland, Pittsburgh, and New York City into next week. This will set record highs in dozens of cities for several straight days and could set all time October record highs when the month begins on Tuesday.  Just check out the loop of current forecast highs nationwide over the next few days.

Meanwhile, morning lows could set just as many warm records with temps only bottoming out in the 70s and low 80s. Something typical of July and not so much early October.  Thankfully, the longer range forecast points to less extremes heading into the second week of the month, but until then… many will bake and some will be buried under snow.