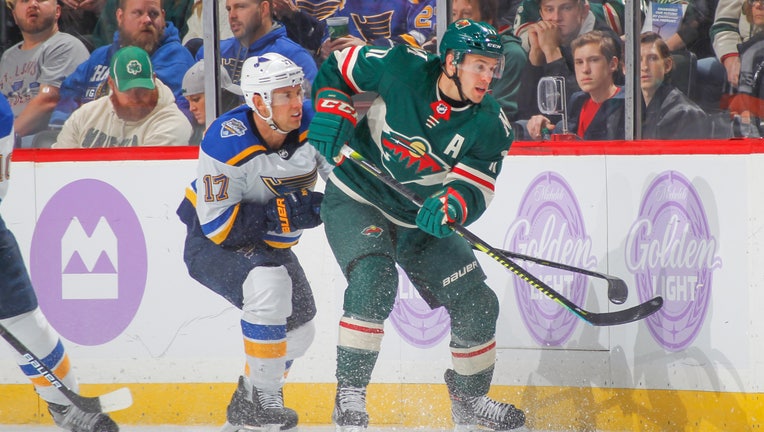 Jaden Schwartz #17 of the St. Louis Blues defends Zach Parise #11 of the Minnesota Wild during the game at the Xcel Energy Center on November 2, 2019 in Saint Paul, Minnesota. (Bruce Kluckhohn/NHLI / Getty Images)

MINNEAPOLIS - The Minnesota Wild announced Wednesday ticket refund information for the last six regular season home games that were canceled due to the Coronavirus pandemic.

The Wild, one point out of a Western Conference playoff spot on March 12, arrived to morning skate ahead of facing the Vegas Golden Knights at Xcel Energy Center when the game was postponed and players were told to leave the arena and go home. The NHL has suspended play since, with no update on when a restart might happen.

Commissioner Gary Bettman announced Tuesday that the regular season is effectively over, and if they can resume play, it will be in a 24-team playoff format in select hub cities. Minneapolis/St. Paul is one of 10 possibilities, and the Wild will face the Vancouver Canucks in a best-of-five series if and when play resumes.

Fans who purchased tickets to one of the final six regular season home games on Ticketmaster should get an email from them with options and details on a refund. Fans who bought tickets from a third party or resale site should contact that ticket marketplace’s customer service department for refund information.

Tickets purchased through the Minnesota Wild or Fevo will receive a refund within 30 days.