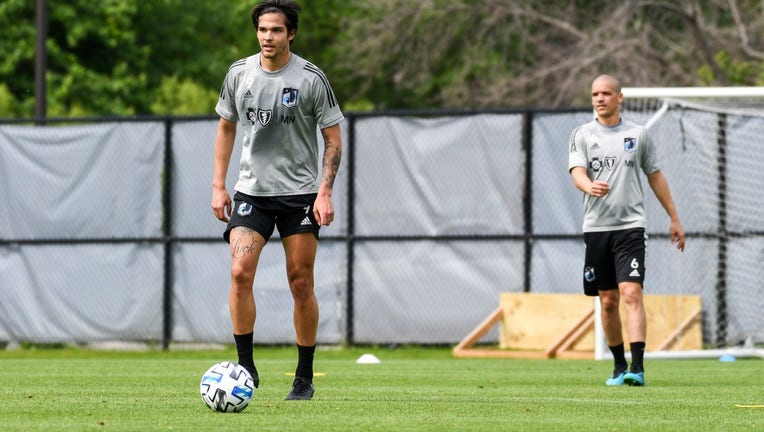 MINNEAPOLIS - “We just want to play.”

Minnesota United players and staff were back at the National Sports Center Thursday morning, with an entirely different outlook on the game they love as they’re now preparing to get back on the pitch. Major League Soccer and its players’ association came to an agreement on a return-to-play scenario earlier this week.

All MLS teams will head to Florida to compete in a World Cup-style tournament. They’ll get three “group stage” games that will count for points in MLS and league standings. That’ll be followed by knockout play in a single-elimination format. There’s live soccer on the horizon after the MLS suspended its season on March 12 just two games in due to the Coronavirus pandemic.

All games will be played within Covid-19 guidelines.

“We have to think about the long term, what are we doing this for? Up until a day or so ago, we didn’t even know if we were going to have a season. Now we do, so now we’ve got something to look forward to, to aim towards,” Minnesota United coach Adrian Heath said Thursday.

The Loons were back at work Thursday at their National Sports Center location in Blaine. It felt different. After two-plus weeks of strictly individual training, they held small-group sessions and actually got to pass a soccer ball to each other.

They’re still getting their temperatures taken, still following strict Covid-19 rules and keeping conditions as sanitary as possible. The Loons want nothing more than to get back on the pitch after starting the season 2-0, then having a four-game home stand halted by a global health pandemic.

The games in Florida will be played in empty stadiums, and soccer is a game that’s fueled by its fan atmosphere. But it’s a small sacrifice to get live action back.

“I think it’s promising. I think it’s most exciting for the fans, they’ve missed out on futbol for many, many months and they want to see us back. We want to be back out there doing our jobs again. Got to start our preseason again and get going,” Loons defender Michael Boxall said. “We just want to play games. At the end of the day we just want do our jobs. It’s been a long wait these last few months. You just hope Orlando has a barber shop open as well.”

Training could start to feel a lot more normal for the Loons as early as next week. MLS officials approved Thursday for teams to get back to full squad workouts, once their practice plan to abide by Covid-19 guidlines is approved by team medical officials, infectious disease experts and league officials.

Minnesota United will get four to five weeks of team training before heading to Florida and resuming the season. This week started with negotiations between league owners and the players that got tense at times. Players opted not to practice until a ratified CBA was agreed to. Then civil unrest continued in the Twin Cities after the officer-involved death of George Floyd in Minneapolis, resulting in the arrests of four former Minneapolis Police Department officers, who are all now in custody and facing charges.

We don’t know what will follow play in Florida, but for now it’s about getting back on the field and feeling normal again.

“Obviously it’s been a very emotional, dramatic week for everyone concerned with the club. But I think the guys have enjoyed being out on the field and it was nice to get them back out there doing futbol matters,” Heath said.