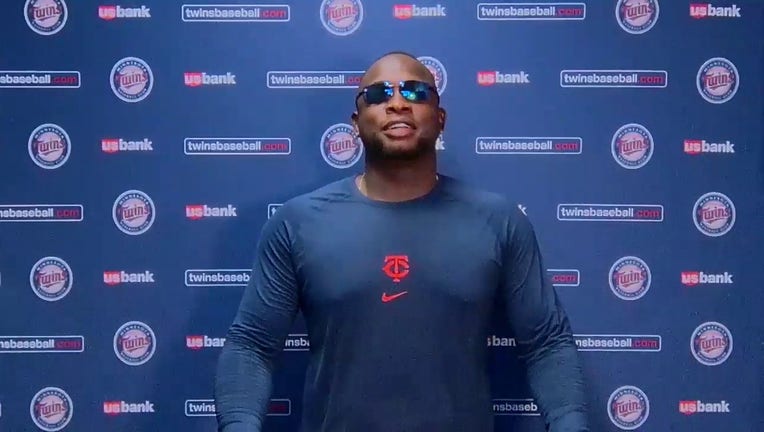 Miguel Sano will assume full-time duty at first base in 2021 after playing 52 games there last year following the Twins signing Josh Donaldson to play third.

MINNEAPOLIS - It was a little more than a year ago that Miguel Sano knew he would be heading to first base for the Minnesota Twins.

The organization made one of the biggest moves in its history in free agency, signing Josh Donaldson to a four-year deal worth more than $90 million. In fact, part of the sales pitch was Sano telling Donaldson he was more than happy to move to first base.

Sano played 52 games at first base last year, having never played the position full-time at any point in his career. He finished with just four errors in 372 chances, had 13 assists and 355 put outs in more than 423 innings. So what happened that his defense translated to the other side of the field?

He credits it to watching video of three other first basemen: Former Twins Justin Morneau and Joe Mauer, and Albert Pujols.

He is prone to striking out, but if he can stay on a pitcher’s fast ball, he’s as dangerous as any hitter the Twins have.

"When he’s getting to fastballs in the zone, it enhances everything else that he does at the plate. When he’s getting to the fast ball in the middle of the zone and competing with the fast ball slightly above that, he’s a tough at bat and can change the game very quickly," Twins manager Rocco Baldelli said. "It puts him in position to have great at-bats, and everything else works off that."

He’s got a big bat, and his defense is getting better every day. So what did he do this off-season to be ready to be a full-time first baseman in 2021? He worked out with Fernando Tatis, and his son.

He worked on footwork, where to put his feet on the base depending on the hitter, defending lefties versus righties and all the intricacies of playing first.

"He was one of the first people that took me under his wing and taught me how to play the position," Sano said. First base is a good position to play. I prefer to play third, but the team gave me an opportunity to play first base and I love to play there."

He was happy to make the switch after five seasons at third base and designated hitter. After all, Donaldson is one of the best in the game at third base.

If it means they’ll win division titles and potentially a playoff run, first base is Sano’s new home.