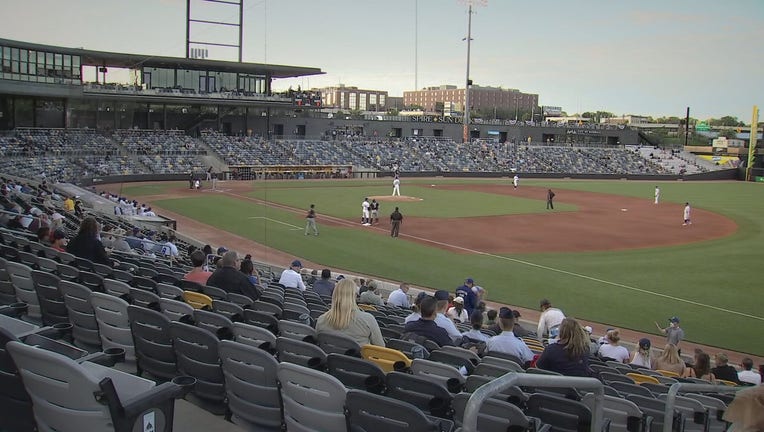 The St. Paul Saints host the Indianapolis Indians this weekend, and you can watch two of the games on Fox 9 Plus.

MINNEAPOLIS - The weather is starting to turn as we head into Memorial Day weekend and temperatures are heating up, and it’s baseball season.

The St. Paul Saints haven’t had the start they wanted at 18-26 as the Class AAA affiliate of the Minnesota Twins, but it’s still always an entertaining time at CHS Field in St. Paul. The Saints host the Indianapolis Indians for a three-game series this weekend, and you can catch two of the games on Fox 9 Plus!

First pitch is set for 7 p.m. on Friday and Saturday on Fox 9 Plus as the Saints and Indians square off in a battle of International League West Division teams. The Saints are also hosting fireworks at CHS Field after Friday’s game.

The Saints are 18-26 on the season and have won two straight since being on a skid that involved 11 straight losses and dropping 14 of their last 17 games. They’re 3-7 in their last 10 games.

Outfielder Jake Cave is on a seven-game win hitting streak and is hitting 9-for-31 (.290) with a double, two homers and eight RBI. Top 2017 draft choice Royce Lewis is also back with the Saints after a stint with the Minnesota Twins. Lewis is hitting .322 with 12 doubles, one triple, five homers and 14 RBI in 32 games for the Saints this season.