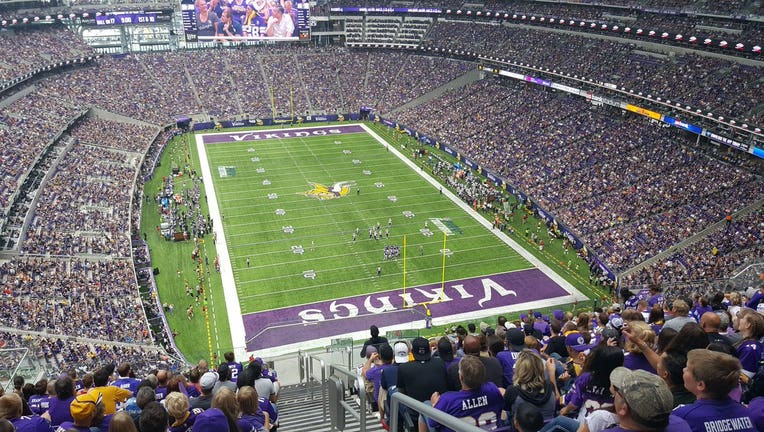 It will likely be sometime before U.S. Bank Stadium will look like this. But could some fans attend games at some point this season?

MINNEAPOLIS - The Minnesota Vikings are less than two weeks away from starting training camp at TCO Performance Center, and next week, fans who aren’t season-ticket holders can get their first chance at seeing the team in-person.

The Vikings announced Thursday that a limited amount of single-game tickets for the 2021 season will go on sale at 10 a.m. on July 22. Tickets for two preseason home games will start as low as $15, and tickets for regular season games start at $66. All tickets will be digital and accessible on the Vikings app, to limit contact due to COVID-19.

Single-game tickets will be made available online, via Ticketmaster. It’ll be the first time in nearly two years that fans can watch the Vikings play at U.S. Bank Stadium. There were no fans at home games last year due to the COVID-19 pandemic.

The Vikings will hold 14 training camp practices open to the public at TCO Performance Center, starting July 28. Football season is just around the corner.