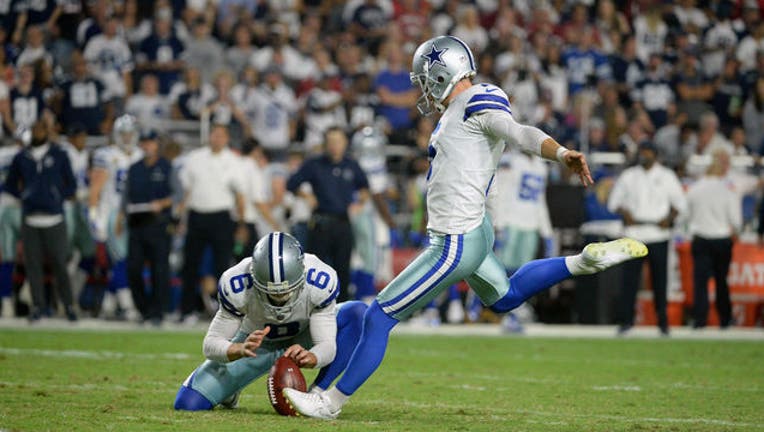 Kicker Dan Bailey #5 of the Dallas Cowboys kicks an extra point during the second half of the NFL game against the Arizona Cardinals on September 25, 2017. (Photo by Jennifer Stewart/Getty Images)

Bailey was released from the Cowboys on Sept. 1. He is in his eighth season in the NFL and has made 88.2 percent of his field goal attempts. He has also made 276 of 278 career PAT attempts. He is the second most accurate kicker in NFL history.