Wide Receiver Justin Jefferson #2 of the LSU Tigers avoids a tackle by Safety K'Von Wallace #12 of the Clemson Tigers during the College Football Playoff National Championship game at the Mercedes-Benz Superdome on January 13, 2020 in New Orleans, Lo ((Photo by Don Juan Moore/Getty Images))

MINNEAPOLIS - The Minnesota Vikings have selected LSU wide receiver Justin Jefferson with the No. 22 pick in the NFL Draft Thursday night.

It’s the pick the Vikings got after trading Stefon Diggs to the Buffalo Bills. Jefferson is coming off winning a national title with the Tigers.

Jefferson led LSU with 111 catches last season, which also tied for the FBS lead. He finished the season wtih 1,540 receiving yards, averaged 13.9 yards per catch and in 15 starts, scored 18 touchdowns for the national champions. He was named Second Team All-SEC, and finished his career third in LSU history with 24 touchdowns, fifth with 165 career catches and sixth with 2,415 career receiving yards.

He's a speedy receiver who can be a downfield threat for Kirk Cousins. Jefferson ran a 4.43 40-yard dash at the NFL Combine.

"Very excited about what we were able to accomplish tonight. I think we got a receiver that’s going to come in and be an immediate impact player for us," Rick Spielman, Vikings general manager, said late Thursday night. "Just a great kid and when you can add great talent that’s also a great person, we feel very fortunate that he was there at 22."

The Vikings traded the No. 25 pick to the San Francisco 49ers, and stayed in the first round with the No. 31 overall pick. 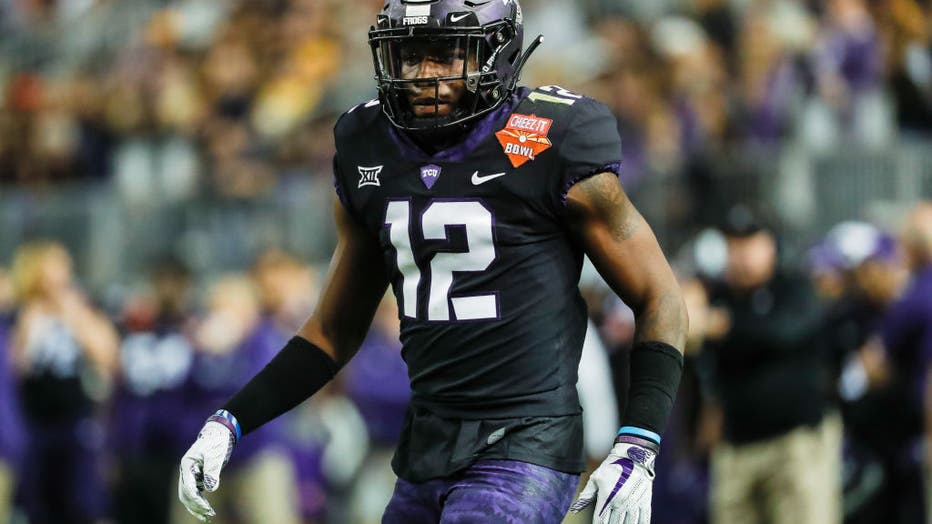 Vikings take TCU defensive back Jeff Gladney with No. 31 pick

After trading down from the No. 25 pick, the Viking selected TCU defensive back Jeff Gladney with the No. 31 overall pick Thursday night. Gladney was a First Team All-Big 12 selection this past season for the Horned Frogs, collecting 31 tackles, 1.5 tackles for a loss and leading the Big 12 with 14 pass break-ups in 12 starts.

"There are specific traits that you have to have to play corner in this defense, and Gladney fit every single trait we were looking for from a physical standpoint," Spielman said.

Two seasons ago, he was Second Team All-Big 12 after getting 13 pass break-ups, two interceptions and recording 41 tackles, four for a loss in 13 starts.

The Vikings, in addition to staying in the first round with the trade Thursday night, added fourth and fifth round picks and now have 14 total selections in the NFL Draft.

"Second and third round picks, there’s a lot of good value there still. It gives us some flexibility to move around, move up, move down if we like a guy. There’s still quite a few guys on the board that we like," Vikings coach Mike Zimmer said.