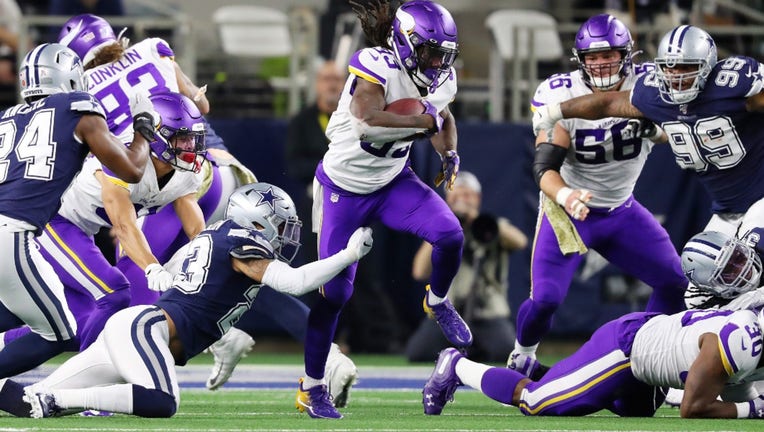 Dalvin Cook #33 of the Minnesota Vikings runs with the ball during the first half against the Dallas Cowboys at AT&T Stadium on November 10, 2019 in Arlington, Texas. ((Photo by Tom Pennington/Getty Images))

MINNEAPOLIS (FOX 9) - Thursday, Ticketmaster made available tickets for any Vikings' postseason game at U.S. Bank Stadium, if the team ends up hosting a playoff game.

If you buy tickets, they are 100 percent refundable if the Vikings don't end up hosting a game.

The cheapest tickets available for the game will run you $285 each for 300-level tickets. The best seats available are going for $900 per ticket.