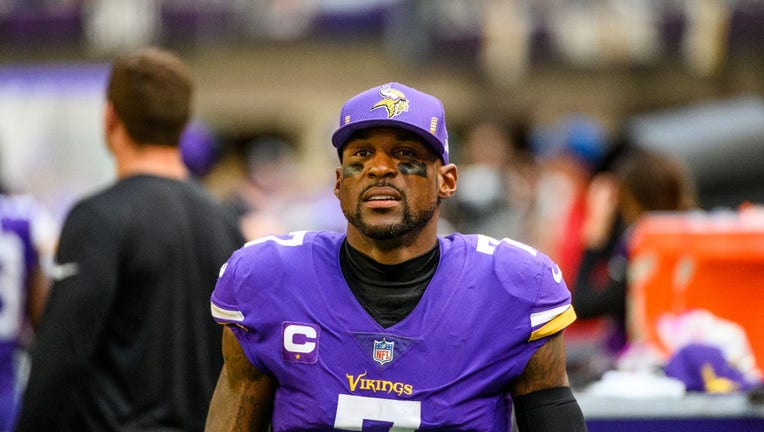 Peterson, on his "All Things Covered" podcast, said earlier this season he is vaccinated for COVID-19. It’s not known if testing positive would affect his playing status for Sunday’s game at the Detroit Lions. NFL protocols state vaccinated players who don’t show symptoms can return with two negative tests 24 hours apart.

"That is correct. We don’t know, not too many guys have passed those two negative tests, so we’ll just have to let it play out and see where it goes," Vikings coach Mike Zimmer said Monday.

Peterson played the last two games after going on injured reserve with a hamstring injury suffered at the Carolina Panthers before the Vikings’ bye week. Peterson made five tackles, and had a tackle for a loss Sunday at the 49ers.

Peterson joins defensive tackle Dalvin Tomlinson on the COVID-19 list. Tomlinson's status for Sunday is not yet known. The Vikings were without their entire starting defensive line on Sunday at the 49ers. Danielle Hunter is out for the season, Michael Pierce is on injured reserve with a bad elbow and Everson Griffen is away from the team, addressing concerns for his mental health after an incident last week at his Minnetrista home.