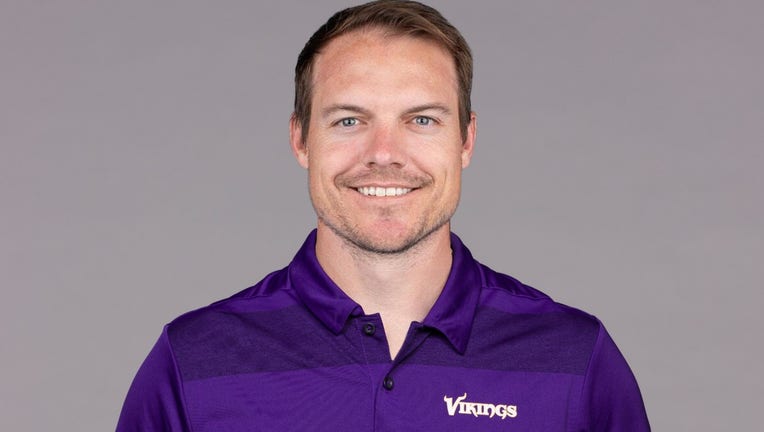 MINNEAPOLIS - The Minnesota Vikings made it official on Wednesday that they’ve hired L.A. Rams’ offensive coordinator Kevin O’Connell to be the team’s next head coach.

O’Connell, 36, comes to the Vikings after helping lead the Rams to a 23-20 win over the Cincinnati Bengals in the Super Bowl. O’Connell has been the offensive coordinator for Sean McVay the last two seasons.

"We are ecstatic to add Kevin as our head coach," said Vikings Owner/President Mark Wilf in a statement. "He is a strong leader, an innovative coach and an excellent communicator. Kevin played the game at all levels, which gives him a unique connection to players, and he is highly respected throughout the league. Vikings fans should be excited for the future of this team under Kevin's direction."

O’Connell will replace Mike Zimmer, who was fired on Jan. 10 after missing the NFC Playoffs for the second straight year and third time in four seasons. Zimmer went 72-56-1 in eight seasons, but won just two playoff games.

What are the Minnesota Vikings potentially getting in Kevin O'Connell?

We’re going to have to wait until after the Super Bowl for it to be official, but it appears L.A. Rams’ offensive coordinator Kevin O’Connell is set to be the 10th head coach in the history of the Minnesota Vikings.

The Vikings’ management team flew to L.A. to meet with O’Connell in-person before the Rams beat the San Francisco 49ers in the NFC title game. He emerged as the favorite to come to Minnesota after the management team interviewed Michigan coach Jim Harbaugh, who decided after to return to the Wolverines next season.

"I greatly appreciate the Wilf family, Kwesi and the entire Minnesota Vikings organization for providing the opportunity to be their next head coach," O'Connell said in a statement. "This is a franchise with a deep history and a tremendous fan base. Having been on the visitors’ sideline at U.S. Bank Stadium and experiencing that environment as an opposing coach, I am excited to now have the support of these passionate Vikings fans. I am committed to working tirelessly to bring them a Super Bowl championship."

O’Connell helped lead the Rams to the ninth-best offense in the NFL in 2021, at 372 yards per game. The Rams also were second in the league with 10 plays of at least 50 yards, fourth in yards per play at 5.98 and eighth in touchdowns, with 51.

O’Connell and current Vikings’ general manager Kwesi Adofo-Mensah overlapped with the 49ers in 20916. Adofo-Mensah worked in football research and development, while O’Connell was in special projects. The Vikings met in-person with O’Connell, Jim Harbaugh, Raheem Morris and Patrick Graham before deciding O’Connell was their guy.

"As I spent time with Kevin during the interview process, it became immediately clear he will be a great partner in building this football team for long-term success," Adofo-Mensah said in a statement. "He understands what is critical to leading a team that wins at the highest level, and he has an ability to simplify the complex, which will help us in problem-solving in all football areas. He is a genuinely positive person who will help create a high-energy internal environment."

The Vikings plan to introduce O’Connell at a Thursday afternoon news conference.

"I could not be more excited to be joining you guys. So great to have you guys aboard, can’t wait to see everybody out at U.S. Bank Stadium this year. Skol Vikings," O'Connell said Wednesday in a video released by the team.