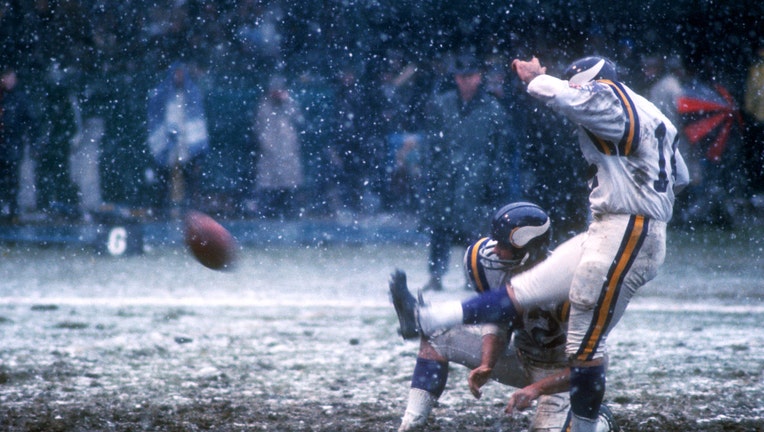 Paul Krause #22 of the Minnesota Vikings holds the ball for kicker Fred Cox #14 during an NFL game against the Detroit Lions on November 27, 1969 at Tiger Stadium in Detroit, Michigan.  (Martin Mills / Getty Images)

Cox, a kicker, played his entire 15-year career with the Vikings from 1963-1977. He scored 1,365 points, which makes him the leading scorer by a wide margin. Cris Carter is the next highest scorer with 670 points.

As a kicker, Knox scored 1,365 points for the Vikings

In a statement, the Vikings called him a “respected teammate and friend.”

“Fred’s football career as the Vikings all-time leading scorer set the stage for a life where he went on to achieve great things in business and in the community,” says the statement. “Fred’s positive energy, strength in his faith and passion for life will be missed.”

After his football career, Cox worked as a chiropractor. He is also credited with inventing the NERF football.