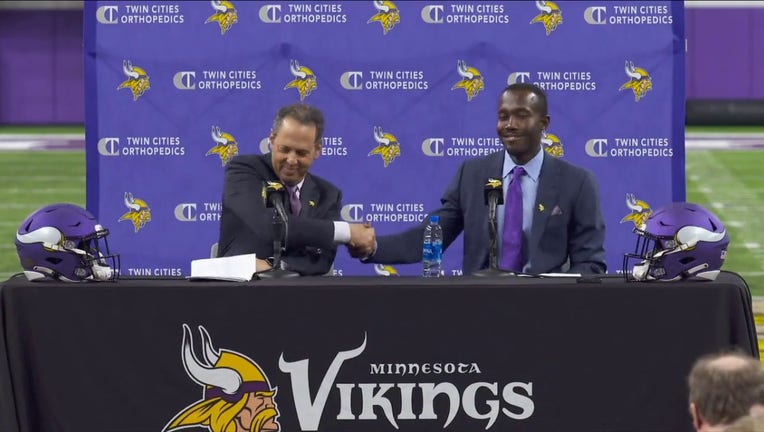 MINNEAPOLIS - The Minnesota Vikings on Monday announced the hiring of Demetrius Washington as the team’s vice president of football operations.

Team officials say in his role, Washington will assist in managing football operations while also having input on decision-making with the executive team. Washington comes to the Vikings after spending the last seven seasons with the San Francisco 49ers in football research and development, similar to the role Kwesi Adofo-Mensah had with the 49ers.

"We couldn’t be more excited to have Demitrius join the Vikings front office," Vikings General Manager Kwesi Adofo-Mensah said in a statement. "He is one of the most uniquely gifted people I have met in my time in the NFL. He is able to learn complex ideas, make them simple, and apply them in all facets of the organization. He has learned from some of the best minds in the game today and he will continue to flourish in his role with Vikings."

With the 49ers last season, Washington oversaw efforts in optimization, process improvement and developing predictive and statistical analysis for evaluating players, acquisitions and strategy within the team’s football research and development department. Washington was also an analyst in the same department from 2015-20, working alongside Adofo-Mensah.

After hosting rookie minicamp over the weekend, the Vikings host organized team activities this week at TCO Performance Center in Eagan.