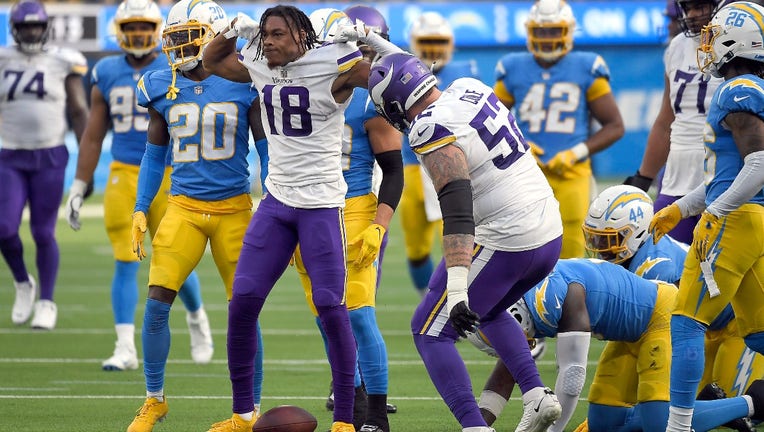 MINNEAPOLIS - The Minnesota Vikings are focused on facing the Chicago Bears on Monday Night Football, but the team announced before kickoff that Dalvin Cook, Justin Jefferson and Harrison Smith have all been chosen for the 2022 NFL Pro Bowl.

It’s the third straight Pro Bowl for Cook, second straight for Jefferson and Smith is headed to his sixth. Vikings General Manager Rick Spielman called all three of them Monday afternoon to let them know the news.

Cook leads the NFC in rushing with 978 yards, which is also third in the NFL, and has six rushing touchdowns on the season. Cook ran for a season-high 205 yards and two scores in last week’s win over the Pittsburgh Steelers on Thursday Night Football. He set a franchise record for rushing yards in the first half of that game with 153.

Jefferson is the third Vikings’ wide receiver to make the Pro Bowl in his first two seasons, joining Randy Moss and Sammy White. Jefferson was the NFC Offensive Player of the Month in November, and became the second-fastest receiver in NFL history to 2,000 career yards in Week 9 at Baltimore.

Jefferson, sporting a Randy Moss Pro Bowl jersey pregame, got a congratulations from Moss on the field before Monday’s game.

In 24 career games, Jefferson has 2,688 receiving yards. That number trails only Moss, and Odell Beckham Jr. Jefferson leads the NFL with 22 catches of at least 20 yards. He has 1,288 yards and eight touchdowns this season.