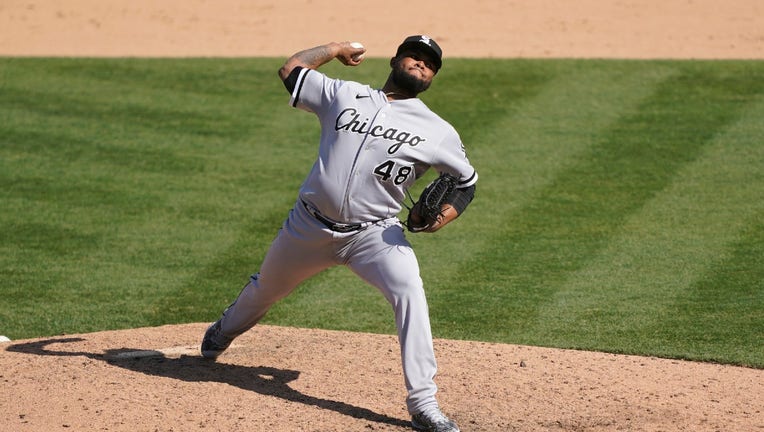 Alex Colome #48 of the Chicago White Sox pitches against the Oakland Athletics during the ninth inning of the Wild Card Round Game One at RingCentral Coliseum on September 29, 2020 in Oakland, California. The White Sox won the game 4-1. ((Photo by Thearon W. Henderson/Getty Images))

MINNEAPOLIS - The Minnesota Twins have had a busy week adding to their roster that’s gotten them two straight American League Central Division titles. Wednesday, they reportedly added a relief pitcher that will share closing duties with Taylor Rogers.

According to multiple reports, the Twins have agreed to terms on a deal with Alex Colome. He’ll be entering his eighth season in Major League Baseball, and has spent the last two years with a division rival, the Chicago White Sox.

So what does it mean for the Twins? They get another arm for the late innings to help Rogers, with the departure of Trevor May, Sergio Romo, Tyler Clippard and recently Zack Littell in the offseason.

Rogers did not live up to his own lofty standards last year, finishing 2020 with a 4.05 ERA, the highest of his five-year career. He had nine saves in 21 outings, and in 20 innings pitched, allowed nine earned runs while striking out 24.

Colome, 32, has pitched for the Tampa Bay Rays, Seattle Mariners and White Sox.