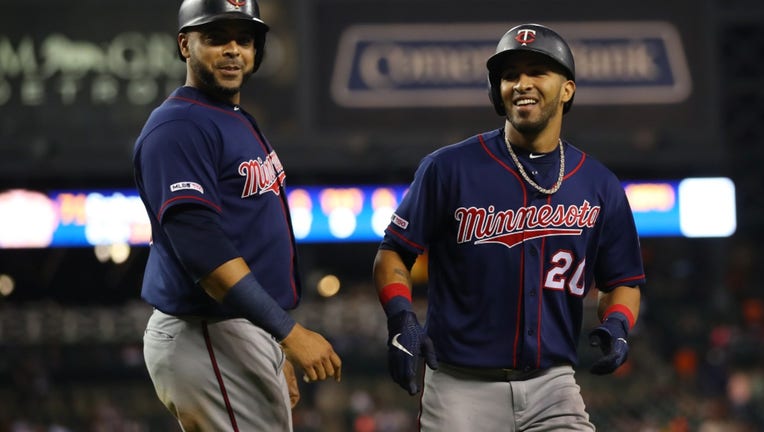 With the 2020 season undoubtedly becoming more of a sprint than a marathon, throw traditional thinking out the window. It affords for a whole lot to go differently than everybody expects, and I believe, opens up a window for some players to unexpectedly pave the way for the rest of their team. Today I’m giving my predictions for the Twins award winners in a 50-60 game season.

I limited this to Rookie of the Year, Cy Young, MVP and decided to throw in “Firefighter” for most impressive bullpen arm since I think relievers who already see a lot of variance in performance could put together some interesting stat lines in a shortened season. With no further ado, here are my predictions for the 2020 Twins shortened season award Winners:

Twins Rookie of the Year: Jhoan Duran
I think of a shortened season and the talented arms in our system and one phrase comes to mind: Smoke ‘em if you got ‘em. The Twins are at the beginning of a window that’s already been disrupted by this season’s delay. Duran and other minor leaguers may miss an entire year of development as well with the bleak MiLB outlook for 2020. Wouldn’t it be mutually beneficial for Duran to pitch competitively this year while also providing another high octane arm in the Twins pen? Especially if rosters do in fact expand?

Duran has been excellent in the minors, and pitchers making the MLB leap from AA isn’t uncommon. He could be not only a short burst reliever, but could even piggyback off of starters to keep him stretched out. He has the talent, he’s on the 40 man, his service time shouldn’t be an issue, our window is now. I think Duran is an immediately valuable Major League pitcher if given the chance, and I believe he will get that chance.

Twins Fireman of the Year: Trevor May
I expect to see some variation of Rogers and Duffey at the end of games in 2020 and that leaves May to fill in everywhere else. In a shortened season, high leverage situations are more dire no matter the inning. I think May is the guy we see early in games to put out the fires if a starter or other middle reliever gets pulled.

May really showed he was recovered from Tommy John as the year went on in 2019 and finished with a 2.94 ERA, 29.7 K rate, and notably improved his walk rate throughout the year. I foresee him getting some high leverage situations as Baldelli looks to protect leads that are all the more valuable in a shortened season while keeping Duffey and Rogers for later in the game. It may not be in a traditional role, but I see May being a big time stopper in the Twins bullpen in 2020.

Twins Cy Young: Kenta Maeda
Maeda has a slider that’s been death on hitters who have faced him for years. Now he arrives in the right handed heavy AL and those poor hitters have nothing but video to prepare with. With his fastball being his weak spot in 2019, look for the Twins to improve upon things like sequencing while still drawing into his devastating slider and developing change up.

While most picks would be Berrios for this spot, I truly believe Maeda has the ability to completely baffle hitters for a time or two through the league. A shortened season isn’t going to give them as much time to adjust, and I see Maeda taking the AL by storm.

Twins MVP: Eddie Rosario
Mark it down, Cody Pirkl has something nice to say about Eddie Rosario. For as much talent as this roster has, we’ve seen few players with the ability to get as hot as Eddie does at any given time. He can legitimately carry the team for periods, even if it does level off eventually and become a point of frustration again.

Eddie is my pick because I think of the Twins in need of a spark with 20 or so games left and nobody comes to mind quicker than Eddie Rosario. With last year’s injuries in the past and having something to prove, I could see him rebounding big time. In a shortened season, there’s probably no better weapon than a player who can show up on any given day and start a white hot streak.

I think a 50-60 game season changes these awards drastically, as we all know what smaller sample sizes do to final results. It almost makes it hard to disagree with any predictions just because of the unexpected nature of this game we love. Who are your shortened season Twins award winners? How about some general predictions and hot takes given a shortened season?