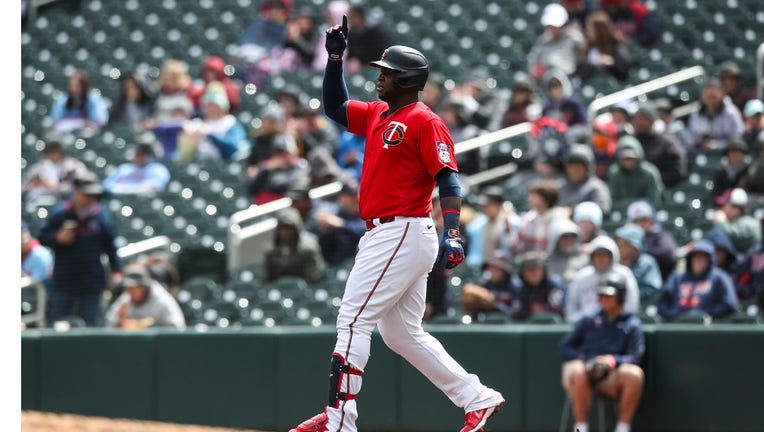 Miguel Sano #22 of the Minnesota Twins celebrates his base hit against the Chicago White Sox in the second inning of the game at Target Field on April 24, 2022 in Minneapolis, Minnesota.  ((Photo by David Berding/Getty Images))

MINNEAPOLIS - The Minnesota Twins are in the middle of a four-game series at Baltimore to start the week, but they’ll be without Miguel Sano for the foreseeable future.

Twins manager Rocco Baldelli said ahead of Tuesday night’s game against the Orioles that Sano will have surgery later this week to repair a torn meniscus in his left knee. Baldelli did not have a timetable for Sano’s return, but did say he does not expect it to be season-ending.

The Twins placed Sano on the 10-day injured list on Monday. He injured the knee while the Twins celebrated a walk-off win over the Detroit Tigers at Target Field. He missed three games and returned last Saturday at Tampa Bay.

Sano had been off to a slow start offensively, which has happened before in his seven-plus seasons with the Twins. In 17 games this season, Sano had been hitting .093 with one home run and three RBI. He had just five hits in 54 at-bats, and had 21 strikeouts to just nine walks.

While it’s still very early, the Twins are 14-9 and have a 3.5-game lead over the Cleveland Guardians in the American League Central Division. The Twins have won 10 of their last 11 games.