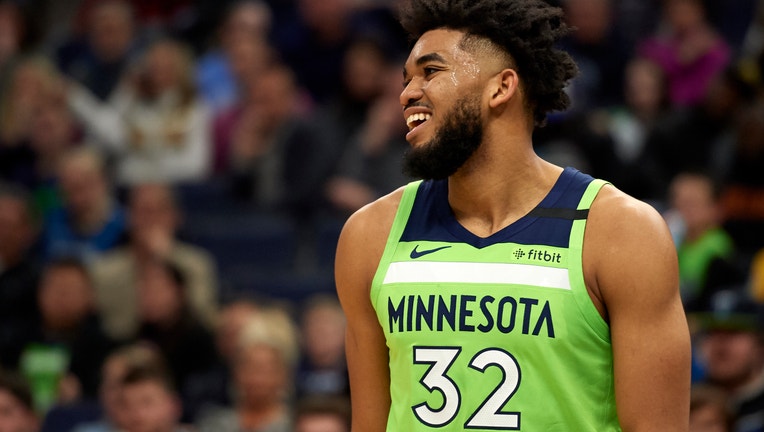 MINNEAPOLIS, MINNESOTA - FEBRUARY 08: Karl-Anthony Towns #32 of the Minnesota Timberwolves looks on during the game against the Los Angeles Clippers at Target Center on February 8, 2020 in Minneapolis, Minnesota. ( Hannah Foslien/Getty Images )

MINNEAPOLIS (FOX 9) - The Minnesota Timberwolves are trying to entice more fans to buy season tickets by offering new benefits for season ticket holders, such as discounts on food and beverages as well as flat pricing across seasons.

Season tickets for the Timberwolves went on sale Wednesday. The same day, the team announced fans who renew or start a season ticket membership will receive 50 percent of food and drinks at Target Center and at the Timberwolves Team Store on the skyway level—but only if they use the Wolves Wallet within the Timberwolves App to make their purchases. Season ticket holders will also have unlimited game exchanges throughout the season.

The team also said  the current price for season tickets will not increase for the next two seasons, 2020-21 and 2020-21. Timberwolves are promoting the fact that they have the cheapest lower level season ticket available in the NBA at $23 per game, with season tickets at low as $16 per game in the 200-level of the arena.

The Timberwolves said the new benefits are an effort to "reward loyal members and to reignite a fan base following last week's significant trade deadline" in which the team underwent a major roster shakeup, including the blockbuster trade of Andrew Wiggins to the Golden State Warriors for D'Angelo Russell.