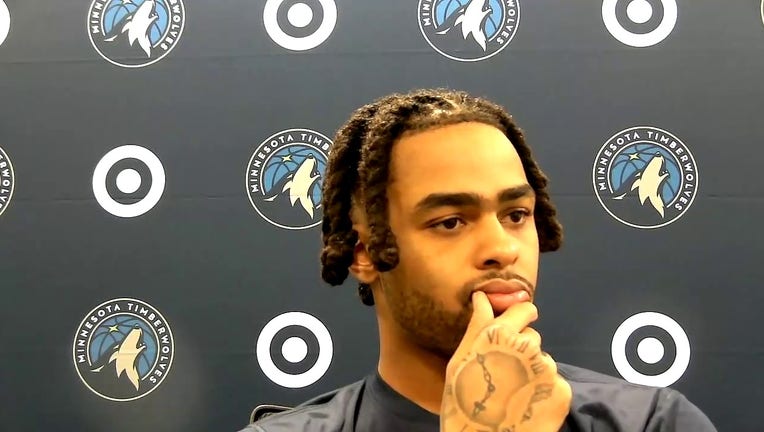 Wolves guard D'Angelo Russell talked Sunday night about the riots at the U.S. Capitol last week as lawmakers were working to certify the 2020 election results.

Russell was one of several players to speak with reporters after the win, and the conversation near the end turned to demonstrations at the U.S. Capitol in Washington, D.C. last week. As lawmakers worked to certify the 2020 election results, in which Joe Biden defeated Donald Trump, Trump supporters in mass stormed the Capitol building.

They invaded the rotunda, tried to take over the Capitol chambers and broke into offices. Five people died, and the FBI has the country on notice for armed demonstrations at all 50 state capitols with Biden’s inauguration set for Jan. 20.

Russell, after scoring 27 points in the Wolves’ win, was asked for his reaction to that day’s events. Russell was a leader in peaceful demonstrations in his native Louisville last summer after Breanna Taylor’s death. Before answering, Russell wanted to hear perspective from reporters on the Zoom session. All five are adult white men.

The answers ranged from being embarrassed for the country, to alarming, to heartbreaking.

Russell offered a different another response.

"For one I feel like we let that happen as a country, we let that happen. It brought eyes to the unfairness of where we’re living in this country, it just brought more eyes to it. With all this going on, it’s triggered a lot of attention towards this topic in general. It’s allowing us to sit back and think on how we’re going to respond to it as a nation, as an individual. Anything you do, your voice matters," Russell said. "The fact that we’re bringing attention and a lot of people are being educated on this topic that aren’t educated, the fact that some of you guys are embarrassed, I think that’s the right step and the right direction that you can see the change. Just bringing awareness is all we can do at this point."

Minneapolis became the epicenter for conversations on racism and social injustice after George Floyd’s death on Memorial Day. Four officers were immediately fired after the incident, and Derek Chauvin will stand trial for murder in March.

In the aftermath, there were demonstrations across the world to protest police brutality, and parts of south Minneapolis burned to the ground. Several activists took to social media to point out if it were Black Lives Matter protesters at the U.S. Capitol, they would’ve been treated far differently by law enforcement.

Instead, far-right demonstrators assaulted Capitol police officers, federal property was vandalized and people lost lives as Trump supporters push their message that the 2020 election was won fraudulently. Demonstrators got violent after not getting the answers and results they wanted.

It was a day that regardless of where people stand politically, was a dark day for America.

The day after the Capitol riot, Wolves coach Ryan Saunders called it "disgusting."

"We have addressed it as a group because it has to be addressed. It was disgusting to watch in so many ways, and it shows just how far we have to come as a country when it comes to coming together. It’s heartbreaking," Saunders said.

With armed demonstrations in protest of Biden's looming presidency expected, the Minnesota National Guard has been activated to provide protection with threats against the state capitol. They're also sending guard members to assist in Washington, D.C.

It’s the latest example of athletes using their platform in a time where we’re looking for worldwide reform and change.