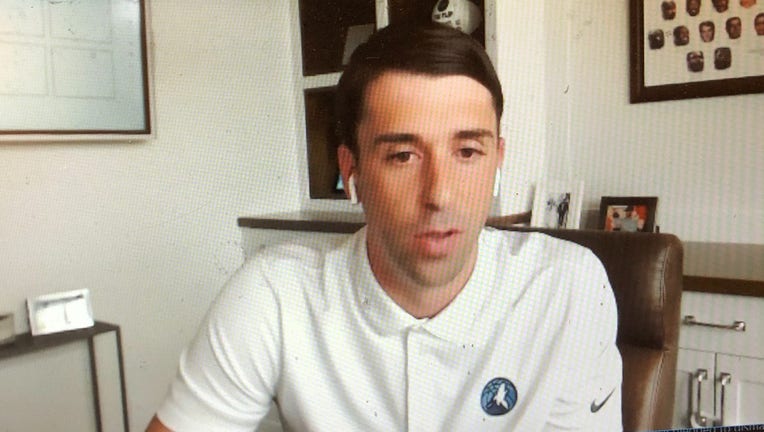 Ryan Saunders and Gersson Rosas talked Wednesday on how the Timberwolves are moving forward and creating positive change in the wake of George Floyd's death.

MINNEAPOLIS - Wednesday’s events at the Capitol in Washington, D.C. are serving as a reminder that there’s a long road ahead for America to be united again.

While national lawmakers were working to certify the 2020 election results and make Joe Biden’s victory over Donald Trump official, Trump supporters stormed the U.S. Capitol Building. The riot was in response to Trump’s claims that the election has been stolen.

Four people died in the day’s events, and the Capitol building suffered damage caused by rioters. It’s having a ripple effect in the sports world as well. The Miami Heat and Boston Celtics each took a knee during the national anthem of their game Wednesday night. The Milwaukee Bucks and Detroit Pistons did the same after the Kenosha County Attorney’s Office declined to file charges against officers in the police shooting of Jacob Blake. The Aug. 26 incident led to several sports events being postponed or canceled in protest of the incident.

Minnesota Timberwolves coach Ryan Saunders had strong words when asked Thursday about the events that took place in Washington D.C.

"We have addressed it as a group because it has to be addressed. It was disgusting to watch in so many ways, and it shows just how far we have to come as a country when it comes to coming together. It’s heartbreaking."

The Timberwolves have been active in social justice causes since the Memorial Day death of George Floyd in south Minneapolis sparked worldwide protests and riots.

Matt Dumba, a defenseman with the Minnesota Wild originally from Canada, has dealt with racism most of his life as a hockey player of color. Last summer, he helped raise money for south Minneapolis businesses affected by riots after Floyd’s death, and became an executive committee member of the Hockey Diversity Alliance, which aims to eradicate racism from hockey at all levels.

During the Stanley Cup Playoffs in the Edmonton bubble, Dumba took a knee while the National Anthem was played before the first playoff game. He shared Thursday a personal experience with racism that happened after the Wild was eliminated.

Dumba was trying to have his car shipped to Arizona, and the company he called made racial remarks to him on the phone, telling him to keep kneeling for the anthem, and wouldn't ship his car. Two valet drivers at his apartment heard the story, and were happy to drive his car to him.